Skip to content
Home>Uncategorized>ALERT: Andrew Cuomo Is Under Investigation Once Again!

Comptroller Thomas DiNapoli asked Attorney General Letitia James in a letter dated April 13 to look into “the use of property, services or resources of the state for personal purposes, private business purposes or other compensated non-governmental purposes by the Executive Chamber including, but not limited to, the drafting, editing, sale and promotion of the Governor’s book and any related financial or business transactions.”

The letter was first reported by The New York Times, which reported last month that the governor’s office used junior staff members and senior aides to work on “American Crisis: Leadership Lessons from the Covid-19 Pandemic,” Cuomo’s retelling of the battle against the coronavirus.

“We can confirm that we have received this referral, but we won’t comment further on an ongoing investigation at this time,” James’ office said in an emailed statement. In most cases, a referral triggers an investigation.

The New York Times reported Monday that the New York State attorney general has opened an investigation into Cuomo’s alleged use of state resources to write and promote the book, following allegations from government staffers that they were told to work on the book. Cuomo has insisted that the staffers “volunteered” for the project, with senior adviser Richard Azzopardi telling the Times earlier this month that the staffers “volunteered on this project” using their free time. Forget the power dynamics involved in whether or not the staffers truly could volunteer.

New York State Attorney General Letitia James opened the latest investigation in Cuomo, after receiving a referral letter from State Comptroller Thomas P. DiNapoli. Cuomo accused James and DiNapoli, both Democrats, of trying to sabotage him in order to boost their own political futures.

“We have officially jumped the shark — the idea there was criminality involved here is patently absurd on its face and is just the furthering of a political pile-on,” Azzopardi told the Times this week.

“This is Albany politics at its worst,” Azzopardi continued. “Both the comptroller and the attorney general have spoken to people about running for governor, and it is unethical to wield criminal referral authority to further political self-interest‎.”

DiNapoli’s office released the letter, dated April 13, on Monday. It authorizes the attorney general to investigate whether the process of writing and promoting the book violated state laws.

James’ office said it received the referral letter from the state comptroller but didn’t comment further.

The governor said Monday that he asked some people who he mentioned in the book to “review” it. Rich Azzopardi, a Cuomo senior advisor, slammed news of the letter as “Albany politics at its worst.”

“We have officially jumped the shark – the idea there was criminality involved here is patently absurd on its face and is just the furthering of a political pile-on,” Azzopardi said. “Any state official who volunteered to assist on this project did so on his or her own time and without the use of state resources. To the extent a document was printed, it was incidental.

This is Albany politics at its worst — both the Comptroller and the Attorney General have spoken to people about running for Governor and it is unethical to wield criminal referral authority to further political self-interest‎.”
The possible investigation is the latest in a series of allegations plaguing the governor, including mishandling nursing homes during the pandemic, sexually harassing several women, and bullying lawmakers.

There are separate, ongoing investigations led by the New York Attorney General’s Office, U.S. Department of Justice and the New York State Assembly.

Earlier Monday, before the comptroller’s letter was released, a new Siena Poll found that despite the scandals, most New Yorkers do not want Cuomo to resign from office.

Of those who were polled, 51% said the governor should not resign and 52% said he can do his job even with the ongoing scandals and investigations.

Below is the letter from Comptroller DiNapoli to Attorney General James.

As The Daily Wire previously reported, Cuomo’s aides worked to secure a $4 million advance to write the book while also pressuring the state Health Department to alter a report showing just how poorly Cuomo handled the coronavirus pandemic in nursing homes.

“An impending Health Department report threatened to disclose a far higher number of nursing home deaths related to the coronavirus than the Cuomo administration had previously made public. Ms. [Melissa] DeRosa and other top aides expressed concern about the higher death toll, and, after their intervention, the number — which had appeared in the second sentence of the report — was removed from the final version,” the Times reported earlier this month. “The revisions occurred as the governor was on the brink of a huge payoff: a book deal that ended with a high offer of more than $4 million, according to people with knowledge of the book’s bidding process.”

Another of Cuomo’s top aides, Stephanie Benton, was directed to ask assistants to print portions of the manuscript’s draft and bring them to the governor’s mansion. On one occasion, the request came on the same day that DeRosa gathered other top advisers to discuss the Health Department draft report that could crush the governor’s image. 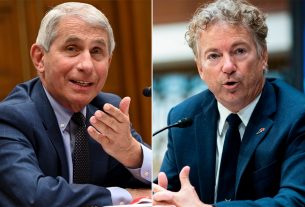 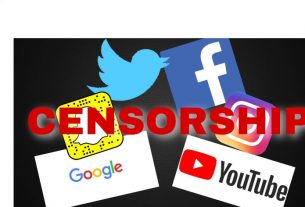 1 thought on “ALERT: Andrew Cuomo Is Under Investigation Once Again!”