New questions are emerging about the police response to the shooting in Uvalde, Texas that killed 19 children and two teachers.

Police have been trained to immediately engage shooters in the horrible attacks that followed the Columbine High School massacre more than 20 years ago.

However, policemen in Uvalde, Texas, took more than an hour to kill a shooter, who murdered 19 children.

The unusual federal investigation comes in the midst of mounting, agonizing questions and shifting facts from police. According to authorities, numerous officers arrived at the primary school two minutes after alleged gunman Salvador Ramos and opened fire on him, but he was not apprehended until a tactical squad entered a classroom more than an hour later.

Adding, “You have an opportunity to win that gun battle. There is no other option. There’s nothing else to take about.”

He was in charge in 2013 when an armed 20-year-old walked into McNair Discovery Learning Academy.

The response is the expectation of the officers based on their years of training, Alexander also argued.

“When you respond to that scene, that is your training. That’s what you’ve been training to do for the last 23 years, so that’s what you do,” The former police chief said.

Adding that whether it’s the top leader or the newest person on the team, the officer should respond immediately:

According to new information, the shooter allegedly entered Robb Elementary through an unlocked door.

More police officers entering the school at that time frame appear to have been requested by parents on the spot.

Alexander also said a state investigation would help clear up confusion and help others avoid any potential mistakes.

“It is hugely important to maintain as much visibility as to what occurred and to maintain a sense of legitimacy with your community in which you’re serving,” he said. 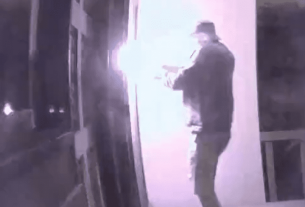 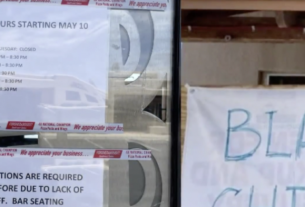 She Posted A Sign That She Is Getting A Lot Of Flack For, But This Restaurant Owner REFUSES To…. 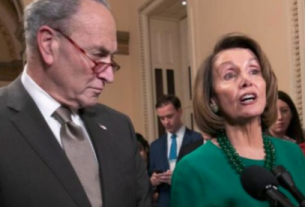 A New Poll REVEALS That 2022 Is Gonna Be A HUGE Disaster For Democrats!