Manhattan’s new district attorney has implemented new pro-criminal policies that undercut the mayor’s and police commissioner’s mandate—just like all the other rogue prosecutors we have been warning about for almost two years.

It can be seen in multiple media coverage that THOUSANDS of New York City Police Officers lined up outside St. Patrick’s Cathedral to pay their respect to the fallen police officer.

It was an emotional funeral service for NYPD Detective Jason Rivera who was laid to rest after a shooting in Harlem last week claimed both his life and his partner’s.

Officer Jason Rivera, 22, and Officer Wilbert Mora, 27, were shot to death in the line of duty during a raid in Harlem late last week. Dominique Luzuriaga, officer Rivera’s widow spoke at his funeral and lambasted the dangerous New York City District Attorney Alvin Bragg who allows criminals on the streets to terrorize the city.

“I’m still lost. Today I’m still in this nightmare that I wish I never had, full of rage and anger, hurt, sad, and torn. Although I gained thousands of blue brothers and sisters, I’m the loneliest without you…  Although you won’t be here anymore.  I want you to live through me.  The system continues to fail us. We are not safe anymore, not even the members of the service. I know you were tired of these laws, especially from ones from the new DA. I hope he is watching you speak through me right now. (standing ovation)…  I’m sure all of our blue family is tired too, but I promise your death won’t be in vain. We’ll take the watch from here.”

The audience gave her a standing ovation for a full minute. Alvin Bragg is a dangerous man who wants armed robberies charged as misdemeanors. 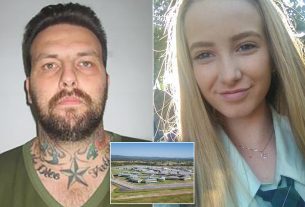 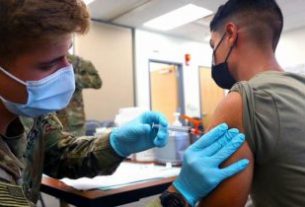 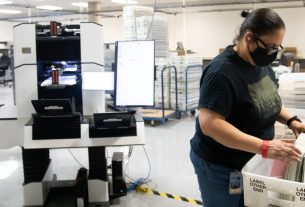 Yet ANOTHER State Is Getting Ready To Audit!