An irate image of Chris Wallace is now circulating all over, and if you would like to know why? Well, it’s only because of the situation at his new network, CNN, and is making him have second thoughts after he moved from Fox News, reports said.

After Wallace left “Fox News Sunday” his top position for 18 long years the principled newsman decided to stick to the shining jewel of journalism that is CNN to be part of their new streaming service.

Now reports show that Wallace is absolutely livid, frustrated, irate, and feuding with Jake Tapper. Inside sources say Chris Wallace is regretting his move to CNN, now that his buddy Jeff Zuker is out.

He’s also complaining CNN didn’t give him any staff and even whining to people that he gave up “everything” for a guy (Jeff) who is no longer there.

Chris Wallace is “irate” at the ousting of CNN president Jeff Zucker and his future at the news network is uncertain, Radar has been told.

In a move that stunned Beltway television circles, the no-nonsense veteran anchor — son of legendary CBS correspondent Mike Wallace — announced he was leaving Fox News after 18 years for a prized gig at CNN’s new streaming-video outlet CNN+ in December.

At the time, the former Fox News Sunday anchor specifically cited Zucker as one of the reasons he joined the network.

“I am honored and delighted to join Jeff Zucker and his great team,” Wallace gushed in a statement just two hours after he quit Fox on December 12. Zucker fawned over Wallace, too.

In wake of the decision from WarnerMedia suits to oust Jeff Zucker, Wallace is said to be “second-guessing his decision” even though he is believed to be earning $8 to $10 million per year.

“Zucker spun his magic to allay Chris’ concern about the pair, promising that his status as a ‘premiere journalist’ would not be compromised while working out of the DC bureau.”

Honestly, I’m perplexed that Wallace ever thought this was a good idea. If he went to CNN for Zucker, what did he expect? Yes, Wallace is a Democrat and perhaps wanted to be on a network with a more leftward bent. Still, I bet he was a lot more comfortable getting the “serious newsman” treatment at Fox News than he is now in his current situation at CNN.

Regardless, Wallace is learning a valuable lesson right now about what CNN actually is. Lucky for him, he’s got a fat salary to make him feel a little better. 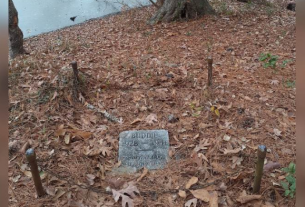 When He Saw What Was Written On This Tiny Grave In The Woods, Tears Began Streaming Down…. 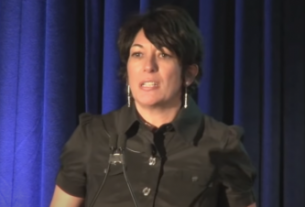 WHO GAVE THE ORDER: Epstein’s Pimp Just Had Her Sentence REDUCED! 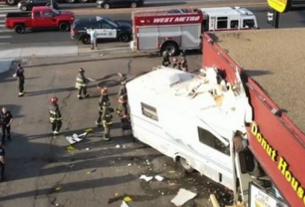 They Were Just Sitting Inside A Donut Shop, When The Entire Building Started To Collapse…