Anything this rickety old idiot touch becomes a complete disaster, as you know, I have never seen an administration in such complete disarray as this one here and it’s as if karma is following this lying cheat about in a dark cloud of failure.

A complete and total human rights disaster is what the border is. Inflation and gas prices are rising. Crime is at an all-time high in Democratic-controlled cities, Biden and his team of doom and gloom are trying to trot out a new COVID “variant” to lock us all down again. Marxist hatred and disdain for America are on full and humiliating display at the Olympics, the economy is slow-moving sludge, and just as America is starting to get back to normal.

The fact that both Biden and Kamala had disastrous foreign policy trips and the President looks and acted like a man suffering from late-stage dementia.

Do you remember the time when his Handlers would tell us his blunders were a “childhood stutter”? Even they gave up on that absurd explanation, and today Joe’s “Alzheimer’s” is just ignored.

While all of this is going on, Biden’s approval rating remains at 675 percent.

I am obviously exaggerating, but you get the idea.

So, Steve Bannon was talking with Trump adviser Peter Navarro about Biden’s approval ratings, and he had some intriguing insights.

Most polls are heavily biased to give Bumbling Joe a far higher approval rating than he actually has, but Bannon claims that Biden’s ratings are sinking so quickly and so badly that even the most outrageously “supportive” pollsters are reporting big reductions.

Also, Bannon has a prediction about Joe’s polling numbers.

The numbers Bannon is citing are based on biased and weighted polls.

An HONEST poll that wasn’t weighted or used deceptive questioning strategies, I believe Biden’s approval rating would be in the low-to-mid-20s.

There is nothing to “approve” of…In all honesty.

It’ll only get worse because, no matter what they say, the American people did not vote for a third Obama term. 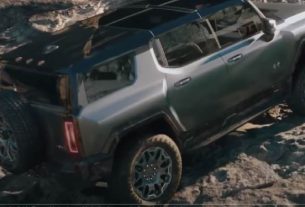 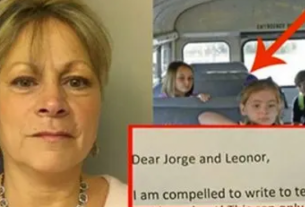 A Bus Driver’s Note To A Disabled Child’s Parents After He Was Abused On The Bus Will….