Skip to content
Home>Uncategorized>BLM Once Again Trying To Take Over MAJOR American City!

It seems that much like cockroaches, that the Black Lives Matter protests pop up when you least expect them or want them.

We all saw what last spring and summer was like. There was a relative of mine that lives in a pretty large city that was unable to leave their house for several days due to the things that were going on all over the country.

They are the type of people that try to take by force and by destroying things that have nothing to do with the reason why they are mad.

BLM is back at it again. The terrorist mob is out in full force raising hell in New York city. Many American were hoping that BLM, Antifa and other radical left-wing groups would give it a rest after the Democrats won the White House and Senate. But no, it appears they’re here to stay.

New York Attorney General Letitia James on Thursday escalated her criticism of the New York Police Department in a lawsuit against the NYPD over its handling of Black Lives Matter protests this past spring. The lawsuit also names Mayor Bill de Blasio, Police Commissioner Dermot Shea and Chief of Department Terry Monahan. New York is completely out of control, and the radical Left wants less police. Unbelievable.

BLM Protesters Gather In The Streets Of #NewYork

The lawsuit accuses the department and the individuals of failing to address what it calls a long-standing pattern of abuse evident in the tactics used to quash the demonstrations that raged over the death of George Floyd.

“There is no question that the NYPD engaged in a pattern of excessive, brutal, and unlawful force against peaceful protesters,” James said. “Over the past few months, the NYPD has repeatedly and blatantly violated the rights of New Yorkers, inflicting significant physical and psychological harm and leading to great distrust in law enforcement.”

James’ suit cites dozens of examples of allegedly blatant misuse of power, including unlawful arrests of medics and lawyers, excessive force and kettling, a maneuver in which officers corralled protesters, closed in and made arrests.

NYPD Deputy Commissioner John Miller said the attorney general’s lawsuit “doesn’t seem to meet the standard of a federal monitor. It doesn’t seem to illustrate a pattern of practice, which is required under the law.” 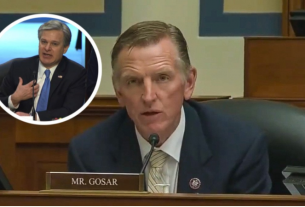 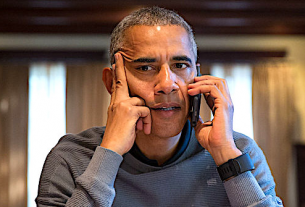 Has Obama Slithered His Way Back Into Biden’s White House Seat?

2 thoughts on “BLM Once Again Trying To Take Over MAJOR American City!”