Skip to content
Home>Uncategorized>Yet Another Massive Vaccination Danger Has Been EXPOSED!

As people around the world get vaccinated against coronavirus, some have said period changes were an unexpected side effect. COVID-19 vaccination may make the situation worse, especially for those with blood coagulation problems or those, like the elderly, taking “blood thinners,” even mild antiplatelet therapy such as aspirin.

The results lead to thrombocytopenic purpura, a bleeding disorder causing the immune system to destroy platelets, which are necessary for normal blood clotting.

Thrombocytopenia is a condition characterized by abnormally low levels of blood platelets, also known as thrombocytes.

Thrombocytopenic purpura symptoms can include the following, bleeding into the skin often around the shins, rash, abnormally heavy menstruation, easy bruising, nosebleed, or bleeding in the mouth.

Thrombocytopenia was identified in May 2020 as a risk factor for increased morbidity and mortality in patients who had been infected by the new severe acute respiratory syndrome COVID-19.

On April 9, 2021, in a New England Journal of Medicine article, both venous thrombosis (blood clots) and thrombocytopenia were reported 7 to 10 days after receiving the first dose of an adenoviral vector vaccine against Covid-19.

At least anecdotal evidence for COVID-19 vaccination effects on menstruation have been reported by women who have experienced flows that came earlier, felt heavier, or just seemed abnormal.

Adenoviral vector vaccines include Astra-Zeneca and Johnson & Johnson, administration of both having been at least temporarily halted due to blood coagulation adverse events.

The potential for adverse events should have been known to the health authorities because adenovirus-induced thrombocytopenia was already identified in 2007.

The evidence suggests that willy-nilly vaccination by arbitrary government mandate of those who have already been exposed to COVID-19 risks exacerbating adverse effects induced by the virus itself, potentially creating a more dangerous health challenge.

Unlike its claims, the Biden Administration is not following the science. In fact, those responsible don’t seem to be even reading it. 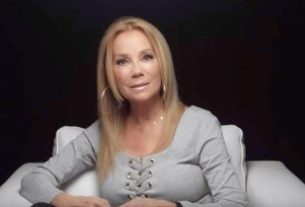 Kathy Lee Gifford Has Broken Her Silence And Said What We Were All Thinking…. 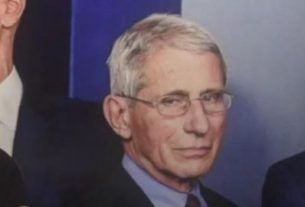 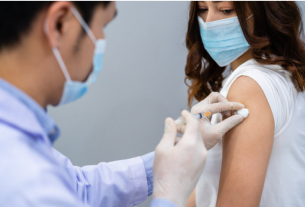 1 thought on “Yet Another Massive Vaccination Danger Has Been EXPOSED!”