Skip to content
Home>Uncategorized>Wow, Even The White House Is Having To Backtrack on Biden!

As time goes by, Biden is acting more bizarre that even his party had to babysit him.

We all know how bad Biden had handled his presidential duties ever since he got installed in the White House earlier this year via fraud-ridden victory – and his first proclamation was a disaster, halting the successful Trump policy to prevent illegal aliens coming in and to protect our borders.

This man is a disaster. I mean, every time he makes a decision, expects the worst thing will happen next.

And this move by the White House, Biden’s backyard – spending a lot of time correcting him only proves that he is not capable of doing his job.

The move came in a series of statements after Biden went on a binge during a town hall meeting and conjured up comments that, well, weren’t right.

Twitchy confirmed that “So, THIS was embarrassing: Biden’s CNN Town Hall was SUCH a train wreck his staff had to fact-check HIM in real-time.”

Staff issued clarifications on a range of Biden’s remarks including on the supply chain crisis, to raising taxes, and even Taiwan ⬇️ pic.twitter.com/u6mJvqDTJZ

“White House walking “back Biden’s town hall words,” and explaining he doesn’t have the power to mobilize the National Guard, and he “overstepped the mark with a vow to defend Taiwan from China.”

“The walk-back comes as the White House seeks to drum up Biden’s sinking poll numbers – Biden lost a whopping 11. 3 percentage points from his first-quarter approval of 56 percent to an average of 44.7 percent at the end of the three months spanning late July through October, according to a new Gallup poll.”

“Biden’s statement was at odds with the long-held US policy known as ‘strategic ambiguity,’ where Washington helps build Taiwan’s defenses but does not explicitly promise to come to the island’s help in the event of an attack.” Daily Mail added.

On the other hand, Fox News has confirmed the clarifications to what Biden meant when he said something else were during a CNN town hall with Anderson Cooper.

The question about dispatching the Guard came during a discussion about the supply chain issues that have developed under Biden’s tenure in office. Dozens of container ships are waiting for access to American ports to unload their cargoes, and economists have warned that during the coming Christmas shopping season, stores will have empty shelves and consumers will be unable to get some products.

The Taiwan issues came up when he answered questions about the commitment of the U.S. to defend Taiwan in Beijing would attack.

Such an impulsive mindset without thinking of any pre-caution. That’s how Biden leads. 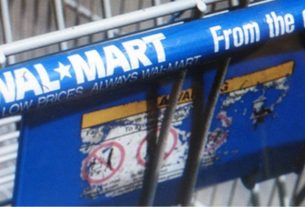 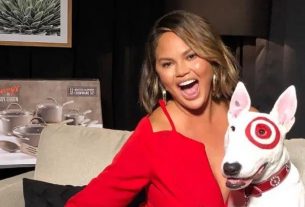 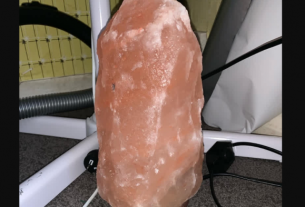 This Popular New House Decoration May Be More Dangerous Than You…