NFL legend and superstar Herschel Walker challenged corporations CEOs, who continue to lash out at Georgia’s election law, to be proactive and help people get an ID rather than being repulsive to the new rules and regulations.

Herschel Walker has been a big Trump supporter for many years, as well as an icon in professional sports.

But these days, he has become a rare voice of common sense in a world full of nonsense and misinformation.

One of the key changes made to Georgia’s election law requires absentee ballots to be verified based on driver’s license numbers or other documentation instead of voter signatures — a move that leftist activists argue is “racist,” and has been the driving force behind the MLB’s All-Star game being moved out of Atlanta, and other calls to boycott the state.

“I think for people to continue to talk about this ID is sort of appalling,” Herschel told Fox host Maria Bartiromo on Sunday. “At the same time, why are they not helping people to get an ID? Because those are the basic things you need in America to survive.”

Democrats, including their leader Joe Biden, love to call voter ID laws prejudiced because they supposedly prevent minorities from being able to vote.

Walker isn’t buying that claim. In fact, he just blasted the left’s pathetic argument with some hard truth—and made my day!

You tell them, Herschel!

Walker blasted a hole in the Democrats’ argument that requiring ID to vote is prejudiced against minorities. He explained, as we all know, that Americans need an ID to do just about anything in modern life.

He explained that even his grandpa, who would be 117 today, had a driver’s license to get around.

And coming from a guy like Walker, that carries a lot of weight. I mean, even Biden, who many think is losing his marbles, carries around an ID, right?

Why do Democrats push this idea that minority Americans can’t or won’t get a simple piece of identification?

Walker goes further to say that Democrats, instead of arguing over voter laws, should be helping poor folks get an ID, if they are having trouble getting one.

Walker understands this, as do you and I.

The only people who don’t, it seems, are those who could benefit from a less-secure election system.

Do you support Voter ID laws? 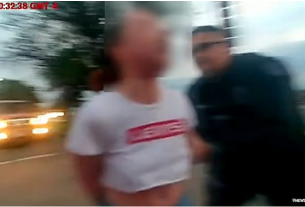 He Arrested Someone With A Stolen Gun, Why He Was Suspended Is Mind Boggling! 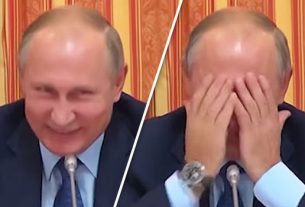