Skip to content
Home>Uncategorized>What John Kerry Just Did Has Us Under The Bus Once Again!

John Kerry signed another garbage international deal that will no doubt hurt the United States and suck billions from its coffers. This deal was with China regarding climate change, where he will screw Americans and China will skate.

Just days before President Joe Biden hosts a virtual summit of world leaders to discuss the issue. The United States and China, the world’s two biggest carbon polluters, have agreed to cooperate with other countries to curb climate change. Fox News reported.

The agreement was reached by U.S. special envoy for climate John Kerry and his Chinese counterpart Xie Zhenhu during two days of talks in Shanghai last week, the State Department said in a statement Saturday.

Kerry’s Shanghai trip marked the highest-level travel to China by a U.S. official since Biden took office in January. From Shanghai, the former secretary of state flew to South Korea for talks. Reports from CBS News.

John Kerry is a legend in his own mind. The failed presidential candidate and former soldier who threw his military brothers under the bus, now believe China is signing an agreement for the good of the world.

No doubt Kerry signed away billions from the US taxpayer to go to who knows where. The article goes on to state as if a fact that this agreement is “key to a success of global efforts to curb climate change”. Both climate change and the US and China’s involvement to curb it are bold and disputed claims.

After the COVID disaster last year and the resulting loss of rights, jobs, and money, Kerry mentions nothing about holding China accountable for that.

China promised not to mess with Hong Kong for 50 years in 1997 when the UK passed control of the tiny country to China, but today, less than 25 years later China has taken over Hong Kong’s government and is imprisoning those who stand up to the communist nation.

While Kerry was still in Shanghai, Chinese Vice Foreign Minister Le Yucheng signaled Friday that China is unlikely to make any new pledges at next week’s summit.

“For a big country with 1.4 billion people, these goals are not easily delivered,” Le said during an interview with The Associated Press in Beijing. “Some countries are asking China to achieve the goals earlier. I am afraid this is not very realistic.”

Anyone who has traveled throughout China and the United States knows that the pollution in China when compared to the United States, is staggering and heavy. If pollution is a result of CO2 emissions then the US is way, way behind China. There are provinces in the middle of China that rarely see a blue sky due to the intense pollution. 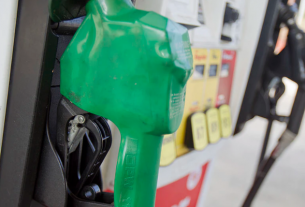 Thanks Biden: What Is About To Happen To Gas Prices Is Absolutely Sickening! 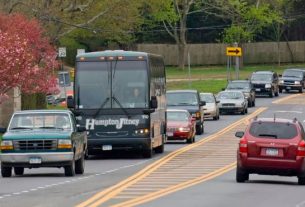 4 thoughts on “What John Kerry Just Did Has Us Under The Bus Once Again!”