We all have a calling, no one knows what it is until you discovered it yourself.

This is what happened to an Indianapolis Colts safety, Khari Willis was going into his fourth season in the NFL until he decided to answer to a higher calling.

The 26-year-old is giving up pro football to go into the ministry.

On Wednesday, Willis announced his retirement on Instagram. He thanked the Colts for “granting me the opportunity to compete” and explained that with “much prayer and deliberation” he wanted to devote the rest of his life to “the further advancement of the Gospel of Jesus Christ.”

#Colts safety Khari Willis is retiring after three seasons. He explains why pic.twitter.com/F8aac44Ecp

More of this report from Daily Wire:

Willis, who was drafted in the fourth round out of Michigan State and became a starter during his rookie season, had a base salary of $850,000 last season. But he would have seen a huge jump in salary when his rookie contract expires at the end of the coming season, or the Colts would likely have offered to extend it this year at a premium of several times. Willis finishes his career with 219 tackles and four interceptions.

“I am both humbled and excited to pursue the holy call that God has for my life which brings me much joy and purpose,” he said. “Thank you all for your support over the years.”

The Colts are expected to look to veteran Rodney McLeod and rookie third-round pick Nick Cross to fill the void left by Willis. The team also could pursue a free agent to take Willis’ spot in the lineup.

Colts head coach Frank Reich praised Willis in a statement released by the team. The team will be left trying to fill a hole in its secondary, but Reich said Willis has his respect.

Reich said in a statement:

“We’re thankful and appreciative of Khari’s contributions to the Colts both on and off the field over the last three seasons. Khari’s character, leadership, and professionalism will be missed in our locker room as will his play on Sundays. I admire and respect his decision to transition into the next stage of his life and ministry and my prayers will always be with him.” 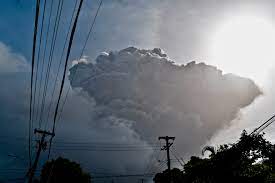