This whole COVID-19 pandemic will about to end in the next 60 days or so and the Biden Administration has no other choice than to wrap this whole mess.

And as we know, once the U.S ends this COVID-19, the rest of the world will follow too.

The State of Union address has now been scheduled to happen this coming March 1, 2022. Normally the state of the union is held in late January or the first week of February, however; last year Biden’s first state of union conducted around April, using COVID pandemic as the reason for the delay. This year they decided to a month later than usual. He’s just a little slow. Or is it something else?

An interesting political dynamic is currently shaping up, a kind of political vice grip that could lead toward the end of the pandemic.

Just last week, a federal judge ordered the FDA to present and release all the Pfizer data. FDA previously said that this data needs 75 years before it can be released but the federal judge ruled to have the documents released and its deadline is due on March 1. Which oddly was the same date as Biden’s SOTU.

100 Percent Fed Up release an article from a visitor author Jeff Childers of CoffeeandCovid.com, where he stated:

By March 1, the floodgates are going to open up and 55,000 documents per month will start washing through. Using my lawyer brain, if I were Pfizer, you know what I would have written all through those documents? A lot of WEASEL WORDS. A weasel word is a squishy qualifier, an out. Like, “we can’t absolutely guarantee there won’t be deaths from these drugs,” or, “evidence suggests the vaccines may not prevent all infections.” That way, later, you can’t hold us to account. Because we TOLD you.

Who knows? I’m just guessing. But we DO know that the FDA fought, kicking and screaming, to prevent the release of the Pfizer docs. So whatever is in them probably does NOT support the Narrative, or at least, is politically embarrassing. Otherwise, they’d have been published before now. It seems like a fair guess. And it couldn’t have happened at a worse time for Joe Biden.

There are lots of solid reasons for Biden to want some positive Covid developments to talk about at the SOTU. Maybe the biggest one is that it’s his last chance to get the Nation’s attention prior to the 2022 Congressional election season. The Democrats learned the hard way last November that Covid mitigation policy is politically radioactive. It’s bad for business right down to the local races. Just look at Virginia.

The SOTU is Biden’s last chance to help move the needle back toward blue.

Think about it. If at the SOTU, Biden talks doom and gloom and three-layer N2000 masks and ninth boosters and college-by-Zoom, it will be like ripping the ejector cord on Dems all over the country who could lose their seats up AND down the ticket. Another HUGE problem is that teacher’s unions are drafting behind all the “doom and gloom” talk and using it as an excuse for lazy teachers to not work and phone it in from Cabo. And that, in turn, is fueling the soccer-mom revolution, aggravating working parents, and painting a lot of formerly lifelong Democrats bright red in permanent ink. Just look at Florida.

But Biden has another option. He doesn’t have to talk doom and gloom. Instead, he can say Mission Accomplished! Biden can claim success — he DID shut down the virus! He can be the liberator; the great emancipator who freed the country from all these horrible … but unfortunately necessary … imposed reluctantly but following the science … Covid policies. See? It’s done! Boosters worked! Masking worked! Lockdowns worked! It all worked, just like he promised it would. Promise: kept.

If they handle this right, they can give their voting base and sycophantic media agents all the necessary talking points to boost Dem prospects for the midterm elections.

But here’s the thing. To credibly pull this off, they have to start NOW. And they have to be quick: they only have a couple of months to turn the Titanic around. It is going to cause a lot of whiplash and mental hyperextension injuries to pro-mandate fanatics.

It’s not just here in the U.S. The UK Daily Mail published an article on Saturday headlined, “‘Gloomster’ scientists admit they were wrong about 75,000 Omicron deaths.” Whoops! The experts were wrong? Say it isn’t so. And I bet you can guess which DIRECTION the experts were wrong. That’s right, fewer deaths. It’s an Omicron miracle!

On Jan 9, New York Governor Hochul announced that almost HALF of the patients are hospitalized for “non-Covid reasons,” scattering the rotting corpse of the Narrative. You might recall that just last week she ordered hospitals to start breaking down the reported figures and showing how many folks ACTUALLY are sick with Covid versus just testing positive in the hospital.

We’ve been yelling about overcounting hospitalizations for two years now and they just noticed? Just now? Some some reason? Convenient timing.

On Sunday, the Guardian UK ran a story headlined, “End mass jabs and live with Covid, says ex-head of vaccine taskforce.” It says Dr. Clive Dix — former chairman of the UK’s vaccine taskforce — has called for a “major rethink” of the UK’s Covid strategy, in effect reversing the approach of the past two years and returning to a “new normality”.

Shocking the cores of the oft-maligned authors of the Great Barrington Declaration, Dr. Dix — without getting canceled — said this:

“We need to analyze whether we use the current booster campaign to ensure the vulnerable are protected if this is seen to be necessary,” he said. “Mass population-based vaccination in the UK should now end.”

Seeing them discussing the ending of mass vaccinations in front of the corporate media is very sudden, it’s like they’re doing it now like it’s normal. Wow.

And, that entire roundup even omits recent developments like Biden not taking advantage of his “emergency Omicron announcement” to impose more mandates, but instead talking about buying home tests and Pfizer therapeutics. Or the CDC miniaturizing the quarantine period and letting folks come out of quarantine without testing. Or federal agencies taking the position that schools should stay open. Or admitting cloth masks don’t work. These are all UNPRECEDENTED things that have happened over the last two weeks.

See what I mean? There seems to be a LOT of sudden momentum surging in the direction of ending the pandemic.

If Jeff Childers is right, we’re going to see even more of this, and pretty quickly, since Biden has to wrap it up in time to declare victory on March 1, which would explain why they pushed the SOTU back a month. They need the time to get the pandemic wrapped up. 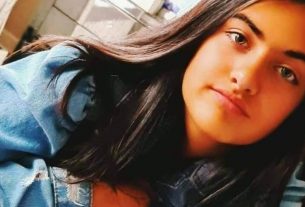 The FINAL Photo Of This Girl Before Her Suicide Is Absolutely…. 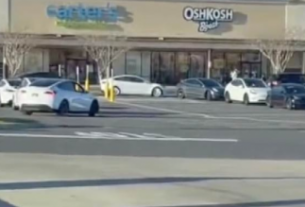 One Look At A Tesla Charging Station Will Cure You Of Ever Going Electric! 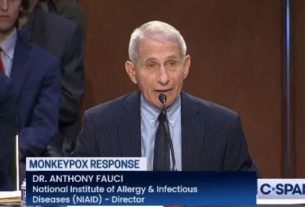