Skip to content
Home>Uncategorized>Texas Just Took American Airlines And Stuffed Them In A Locker!

Not only airlines are getting political- it’s all of corporate America.

American people have made more than cystal clear, that they don’t want politics mixed into their entertainment and sports.

The bill moved quickly through the Texas Senate and now heads to the House for consideration. The state’s Republican lieutenant governor, Dan Patrick, has made election reform urgent.

As we all know that American Airlines is the United States’ largest carrier both by passengers carried and fleet size. The company is headquartered in Fort Worth, Texas, adjacent to the Dallas/Fort Worth International Airport.

The airline in a short statement said, “American’s opposition to the passage of Senate Bill 7 is unequivocal. “Earlier this morning, the Texas State Senate passed legislation with provisions that limit voting access. To make American’s stance clear: We are strongly opposed to this bill and others like it.”

“As a Texas-based business, we must stand up for the rights of our team members and customers who call Texas home, and honor the sacrifices made by generations of Americans to protect and expand the right to vote,” the statement continues. “Voting is the hallmark of our democracy, and is the foundation of our great country. We value the democratic process and believe every eligible American should be allowed to exercise their right to vote, no matter which political party or candidate they support.”

“Any legislation dealing with how elections are conducted must ensure ballot integrity and security while making it easier to vote, not harder. At American, we believe we should break down barriers to diversity, equity and inclusion in our society – not create them,” ends the statement.

In an interview Wednesday on CNBC’s “Closing Bell,” Kemp dismissed the corporate backlash over the state’s election legislation and said he’s “glad to deal with it.” He added, “I would encourage these CEOs to look at other states that they’re doing business in and compare what the real facts are to Georgia.”

It’s unclear whether a business community backlash will change the outcome in Georgia, where the law has been passed. Civil rights groups have challenged it in court and President Joe Biden said the U.S. Justice Department would examine the law, which he called an “atrocity.” 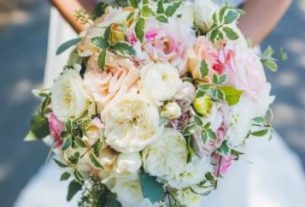 She Was Supposed To BE The Maid Of Honor, What The Bride Did At The Last Minute Is… 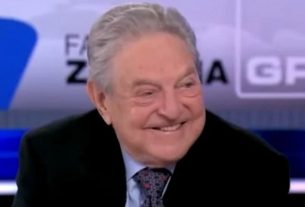 These Are The Democrats GEORGE SOROS Is Funding In 2022! 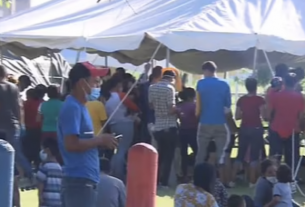 Why A City Turned A Nature Park Into A Tent Village For Illegal Immigrants Will Make You….

2 thoughts on “Texas Just Took American Airlines And Stuffed Them In A Locker!”