Skip to content
Home>Uncategorized>Senator Ron Johnson Reveals That Biden’s FBI Has Set Him Up!

Dan Bongino and, Senator Ron Johnson discussed how Johnson was “set up” by FBI-Stasi agents to stop him from talking about Hunter Biden and his filthy perverted lifestyle.

Senator Ron Johnson: We got another briefing by the FBI. And there was nothing there. Literally, there was nothing there. It was a nothingburger. I knew it was a nothingburger. They wouldn’t tell me what was behind the intelligence. So I started immediately saying, “Who told you to give me this briefing?” And all I got out of them was, “Oh, interagency.”… “Who told you to brief me this?” I knew I was being set-up. And by the way, they set the trap a couple of weeks ago in the Washington Post. Once again, here’s Cedric Johnson, “He’s being used as a tool for Russia, defending Russia disinformation.” It’s completely false. A complete set-up. But that was the FBI that did that to me.

🚨@SenRonJohnson alleges he was SET UP by the FBI with a bogus “briefing” to stop him from talking about Hunter Biden scandal.

He has been demanding to know who set up the briefing ever since and can’t get a name.

.@dbongino: “This is terrifying that elements of our federal law enforcement intelligence infrastructure… are being abused to trap elected representatives of the American citizen.” pic.twitter.com/wdoU1LQ7Lf

Recently, the Secret Service told the senators that it did not provide protection to the Biden family in 2018 and did not discover any records relating to an October 2018 incident involving Hunter Biden’s discarded firearm. However, text messages allegedly from Hunter Biden indicate that the Secret Service was involved in this incident.

“Accordingly, your office’s assertion that it cannot locate records related to this incident demands further explanation. The Secret Service must explain, in detail, the steps that it took to respond to the committees, including whether your office communicated with any current or former personnel that may have been connected to the incident,” the senators wrote in a letter to the Secret Service yesterday.

The senators also requested the Secret Service respond to a five-month-old request for records showing agents’ travel plans involving Hunter Biden in 2015. This comes about a year after his protection was terminated. 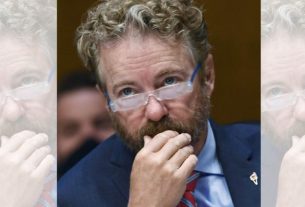 Rand Paul Just Issued A DIRE WARNING To All Americans! 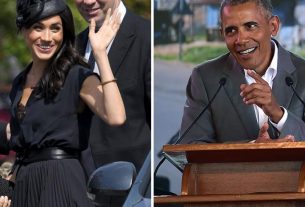 1 thought on “Senator Ron Johnson Reveals That Biden’s FBI Has Set Him Up!”