Skip to content
Home>Uncategorized>Ron DeSantis Just Took Dementia Joe And Sent Him Back To The Basement!

Even Florida Governor Ron DeSantis had enough of these ridiculous vaccine mandates.

DeSantis says President Joe Biden is acting outside the bounds of the Constitution.

On Friday, Florida Gov. Ron DeSantis vowed to fight back against a federal mandate that will require tens of millions of American workers to get vaccinated against COVID-19.

“When you have a president like Biden issuing unconstitutional edicts against the American people, we have a responsibility to stand up for the Constitution and to fight back, and we are doing that in the state of Florida, This order would result, potentially, in millions of Americans losing their jobs and I think we should be protecting people’s jobs, not trying to kick people out of work right now,” DeSantis said.

“People should not be cast aside because they make a medical decision for themselves and if the federal government can get away with doing this, going right at the heart of people’s livelihoods and their ability to provide for their families, what’s gonna come next?” DeSantis added.

During an appearance in Northeast Florida, DeSantis released a statement that says, “You can’t just sit there and hope some lawsuit is going to succeed. You have a responsibility to act. And so we will be acting in the state of Florida to provide protections for people. People should not be cast aside because they make medical decisions for themselves. They should not lose their job. They should not be unable to put food on the table just because they made a different decision than the powers that be are demanding that they make and I am going to have the Legislature involved as well to fight back and offer protections.”

These are just simply very manipulative mandates from a very selfish administration. 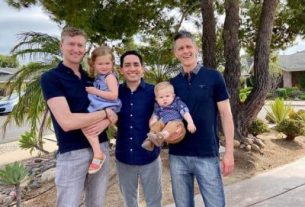 Wait, What? This Newborn Baby Has THREE FATHERS On The Birth Certificate! 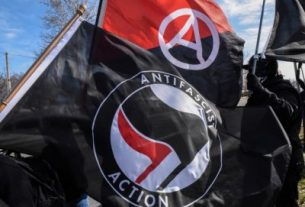 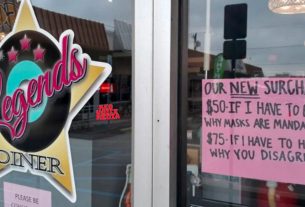 They Were Fining People For Not Wearing Masks, They Just Got Hit With Major Karma!