Skip to content
Home>Uncategorized>Republicans Have Put A Stop To It And Sleepy Joe Is Crying Like A Baby!

You never want to put someone into power that is going to overdeliver, it never works out well.

It would be like if you paid all kinds of money to go on a vacation and the plane took you to a different destination. Everyone is going to end up angry.

Joe Biden has been promising a lot of things, and in theory, they might be considered good ideas but at the end of it all, nobody on the Democrat side knows the proper way to execute. It would be like getting a really good house painter to produce the next great rock album of our generation. Sure, he might be good at painting houses but he doesn’t know squat about that mixing board.

Democrats have had their way probably due to multiple threats and blackmail since the election. An unelected parliamentarian, Elizabeth MacDonough, got in the way this time. If their goal is to ruin America, $15 an hour minimum wage would have helped. If Republicans can stand in the way of the Democrats giving away the store at all, they’ll do it.

One of many times Republicans have been cut out of the process. The White House press secretary “cried”, “President Biden is disappointed in this outcome as he proposed having the $15 minimum wage as part of the American Rescue Plan.

He respects the parliamentarian’s decision and the Senate’s process.

He will work with leaders in Congress to determine the best path forward because no one in this country should work full time and live in poverty. He urges Congress to move quickly to pass the American Rescue Plan, which includes $1400 in rescue checks for most of Americans, funding to get this virus under control, aid to get our schools reopened and desperately needed help for the hardest hit by this crisis.”

That’s curious Jen Psaki thought to mention “respecting the process”. You’re happy with the process as long as Republicans have no say. The virus WAS under control until Queen Pelosi insisted on Biden being in the White House. 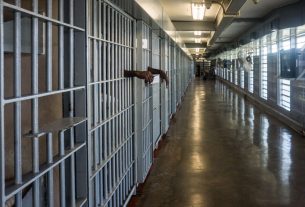 They Are Now Trying To Put Male Inmates In Women’s Prisons! 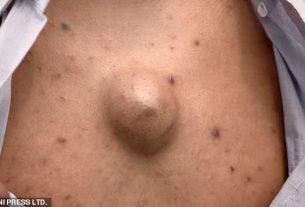 The Doctor Saw This Giant Lump On His Body, And Had No Idea What She Was In For… 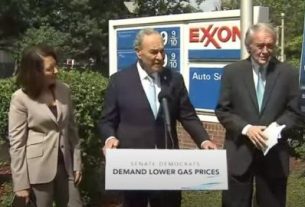