There was a video game recently that my son told me about the last time I talked to him that had apparently been getting a lot of grief from the players of the game that it felt unfinished and was almost unplayable.

Come to find out the company that made the game tried to hide everything they could about the game until release day and then got hit with thousands of complaints soon after.

It was a mess. It was only the other day that the game got pulled from most stores and people are being given no questions asked refunds. The thing about this is that at least the game company can refunds. The government can’t give a refund for a bad election.

The audit, which was conducted on Dominion Voting Systems machines in Antrim County, Michigan, showed that the system may have been designed with inherent errors which create systemic fraud, influencing the results of the election.

Antrim County had already been highlighted in the news soon after the election for an error that switched 6,000 votes in the county from President Trump and Republican candidates to Democratic presidential nominee Joe Biden and Democrat candidates.

“This is BIG NEWS. Dominion Voting Machines are a disaster all over the Country. Changed the results of a landslide election. Can’t let this happen. Thank you for the genius, bravery, and patriotism of the Judge. Should get a medal!” the president wrote in the tweet.

“The system intentionally generates an enormously high number of ballot errors. The intentional errors lead to bulk adjudication of ballots with no oversight, no transparency, and no audit trail. This leads to voter or election fraud. Based on our study, we conclude that the Dominion Voting System should not be used in Michigan,” Russell Ramsland Jr., co-founder of Allied Security Operations Group, wrote in the report.

“We further conclude that the results of Antrim County should not have been certified,” he added. 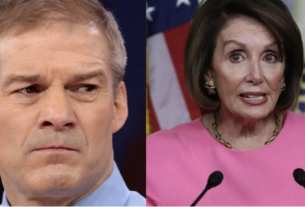 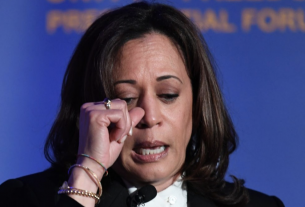 1 thought on “President Trump Just Let The CAT OUT OF THE BAG!”