Meanwhile, Democrats are trying to say that white supremacists are responsible for the racist attacks against Asian Americans, Blacks and their supporters are being arrested for committing these hate crimes.

Seattle police arrested Christopher Hamner last month for two alleged incidents of anti-Asian hate attacks, the station said.  Pamela Cole said Hamner threatened her and her young children when they tried to drive past him.

“He just opens his door and starts yelling at me ‘F you, you Asian B! ‘F you’ kind of thing,” Cole recalled to the station. “And then he pulls in the parking lot and comes charging at us.”

Where is all the money for the BLM riots coming from? Someone is paying for the transportation and living expenses for these activists who couldn’t possibly have jobs when they spend all their time traveling to riot spots across the country.  It would seem to me that they could be charged with aiding and abetting the assaults, looting and the burning of buildings. Certainly they played a part in them even if it was purely financial.

KOMO reported that Hamner often was seen protesting with Black Lives Matter last summer at many different sites including CHOP in Seattle. He participated in many actions led by BLM and antifa.

Cole said that fact did not surprise her. This anti-Asian hate is nothing new. Blacks have often felt animosity towards Asians that started up businesses in Black areas, considering them interlopers. Only a small minority have been involved in assaults against them. 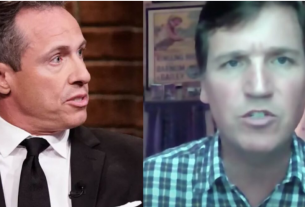 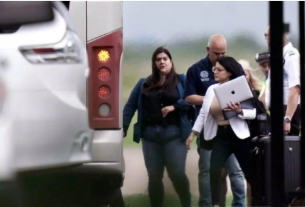 COWARD TEXAS DEMS Just Got Hit With A MASSIVE Blow! 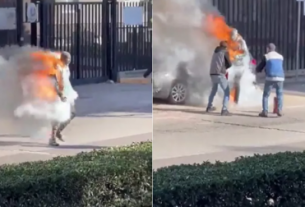 Why This Man SET HIMSELF ON FIRE Is Absolutely…[VIDEO]