The demonic agenda rumped up since Roe v. Wade draft was leaked. At first, The Satanic Temple (of course) joined with the Democrats’ crusade against Roe. It’s like demons joining together with one common goal, to uphold this demonic pratice of killing unborn babies.

And now, pro-abortion states joined their demonic agenda against the innocent unborn. And California ranks ahead of all others in terms of moral wickedness and degeneracy.

California senators Nancy Skinner and Anna Caballero proposed this new bill wherein American taxes will be used to fund pregnant women to travel into California and terminate the life of their baby. This program would financially incentivize women to get pregnant and abort their babies, over and over again.

These taxes should have been used in a more meaningful government project that doesn’t involve killing innocent unborn babies.

SB 1142 will incentivize more California women to get abortions, and invite and encourage out-of-state residents to come to California for an abortion.

We must make it clear that Californians are not okay with our taxpayer dollars funding abortion tourism.

Democrats in California have written a bill today – SB 1142 – that, if passed, will invite women to come to their state for an abortion at California’s expense. I wonder how the citizens in that state feel about their tax $ being directly spent on abortion?

Here’s what The Western Journal explained:

Not only will the state potentially become one of the first to guarantee the right to abortion in its constitution, a pending bill could also mean taxpayers will be paying for women to travel to the state to have their babies aborted.

According to California-based conservative publication The Center Square, two state legislators introduced a bill in March that would “establish a fund in the State Treasury to provide grant money to nonprofit organizations that assist low-income pregnant individuals or people with financial barriers with accessing abortion services.” This includes travel money and other forms of reimbursement.

Senate Bill 1142 was introduced by Democrat Sens. Nancy Skinner and Anna Caballero in anticipation of a potential Supreme Court decision that either allows state laws like Mississippi’s — which bans abortion after 15 weeks — to stand or overturns Roe v. Wade entirely.

The bill would provide “[p]ractical support services, such as airfare, lodging, ground transportation, gas money, meals, dependent childcare, doula support, and translation services, to help a person access and obtain an abortion,” according to the text of the legislation.

“The U.S. Supreme Court’s conservative majority seems poised to do the unthinkable. If the court overturns 50 years of settled law and takes away a woman’s constitutional right to an abortion, California will not stand idly by,” said Skinner, vice chair of the California Legislative Women’s Caucus.

“With SB 1142, California sends a clear message to the rest of the nation: We are fully committed to ensuring that California women and those who may seek refuge here have access to all reproductive services, including abortion.”

And here’s what the controversial Senate Bill 1142 indicates:

This bill would require the California Health and Human Services Agency, or an entity designated by the agency, to establish an internet website where the public can find information on abortion services in the state. The bill would require the agency to also develop, implement, and update as necessary, a statewide educational and outreach campaign to inform the public on how to access abortion services in the state.
The bill would establish the Abortion Practical Support Fund and would require the commission to administer the Abortion Practical Support Fund for the purpose of providing grants, upon appropriation by the Legislature, to assist pregnant people who are low income or face other financial barriers with access to abortions in California, and for research to support equitable access to abortion.
Existing constitutional provisions require that a statute that limits the right of access to the meetings of public bodies or the writings of public officials and agencies be adopted with findings demonstrating the interest protected by the limitation and the need for protecting that interest.
Section 1 of the proposed legislation states:

“Abortion care is a constitutional right and an integral part of comprehensive sexual and reproductive health care, and overall health and well-being.” 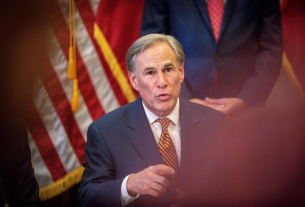 Texas Just Don’t Biden If He Doesn’t Do It They Will! 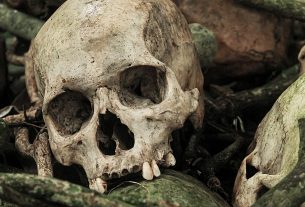 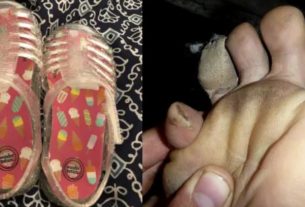 This Little Girl Was Hospitalized For Wearing The Wrong Shoes, What The Mom Said As A Warning Will….