Skip to content
Home>Uncategorized>Is Biden About To Force His Will On Crypto Regulation?

Joe Biden is expected to sign an executive order on cryptocurrency this week that will mark the first step toward regulating how digital currency is traded.

According to Bloomberg, citing people familiar with the administration’s plans, Bloomberg said the order will direct federal agencies to examine potential regulatory changes and then report back to the White House later this year. The order is also expected to address the possibility of a U.S. Central Bank Digital Currency or CBDC, and carve out regulatory roles for individual agencies including the State and Commerce Departments.

The executive order, in development since last year, could be issued as early as Wednesday, Reuters reported.

Biden’s team is under pressure to play more of a coordinating role as industry executives bemoan what they say is a lack of clarity on U.S. rules.

Biden’s order would come amid a debate on whether crypto has been a net positive or negative during Russia’s invasion of Ukraine. Some Democratic legislators including Sens. Elizabeth Warren of Massachusetts, Ron Wyden of Oregon, and Sherrod Brown of Ohio have advocated for more regulation of the crypto sector. Warren and Brown joined two other Democratic colleagues in sending a letter last week to Treasury Secretary Janet Yellen expressing concern about the potential use of cryptocurrency to evade sanctions.

White House officials have so far declined to comment on a cryptocurrency executive order. Still, mounting external pressures suggest that the order may aim to address some issues in particular. First, analysts have raised concerns about the use of cryptocurrencies as a way of evading international financial sanctions such as those that the U.S. and allies levied against Russia following Russia’s invasion of Ukraine.

More broadly, industry executives have voiced concerns about a perceived lack of clarity regarding the U.S. government’s approach to regulating cryptocurrencies. The executive order is expected to begin to assign roles for government agencies relating to the regulation of crypto tokens. It will also likely require those agencies to provide updated reports about their plans later in 2022.

Additionally, the executive order may address a question that has long loomed over the cryptocurrency sphere: will the U.S. government issue its own central bank digital currency (CBDC)? As a growing number of countries around the world launch their own CBDCs, the question has become increasingly urgent.

However, it’s likely that the order will not clarify the U.S. government’s position on a potential CBDC at this time, because the U.S. Federal Reserve is still studying the implications of such a move. The Fed said in January that a CBDC could help to preserve the dominance of the U.S. dollar as cryptocurrency adoption booms on a global scale. 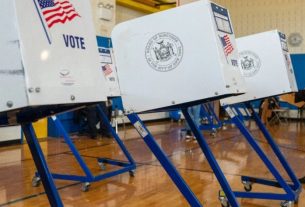 Republicans Have WON Another Special Election… 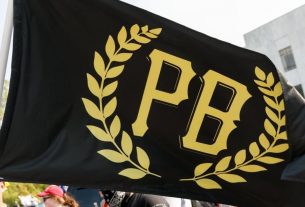