Disgraced New York Governor Andrew Cuomo has said that he would have won any impeachment process stemming from sexual harassment allegations he faced but quit as New York governor so as not to convulse the state.

In his first interview since announcing his resignation, Gov. Andrew Cuomo said he believes he did the right thing, but he held onto the belief that he would have won an impeachment trial.

“You can’t talk a nail into going into a board,” Cuomo said in an interview with New York magazine on Friday. “You can’t charm the nail into a board. It has to be hit with a hammer.”

“I’m not gonna drag the state through the mud, through a three-month, four-month impeachment, and then win, and have made the State Legislature and the state government look like a ship of fools,” he told New York magazine.

He said that “everything I’ve done all my life was for the exact opposite. I’m not doing that,” adding, “I’m not a martyr. It’s just, I saw the options, option A, option B.”

Cuomo announced he would step down and hand over the reins of the executive office to Lt. Gov. Kathy Hochul on Tuesday, one week after a damning New York attorney general report detailed findings that the governor sexually harassed 11 women both in and out of state government.

Hochul is expected to become the first woman governor of New York on Aug. 24.

During his resignation speech, Cuomo said he would leave office so that the government could focus on COVID-19 pandemic recovery without the distraction of a lengthy impeachment trial.

“New York tough means New York loving and I love New York and I love you,” Cuomo had said. “I would never want to be unhelpful in any way, and I think given the circumstances, the best way I can help now is if I step aside and let the government get back to governing, and therefore, that’s what I’ll do.”

“In a last-ditch effort, Cuomo dispatched intermediaries to try to talk to people close to Heastie and several other assembly members to find out if they would be willing to cut a deal, such as promising not to run for a fourth term if the Assembly would not impeach him. But Cuomo didn’t take ‘no’ for an answer until Monday afternoon, when Heastie unequivocally dismissed the idea of a deal during a press conference,” the lengthy report states.

Cuomo still maintains that he did nothing wrong, despite the state’s attorney general saying that he violated both state and federal laws when sexually harassing 11 women. 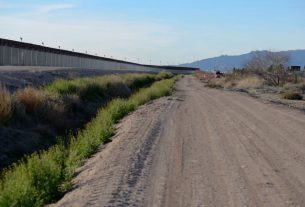 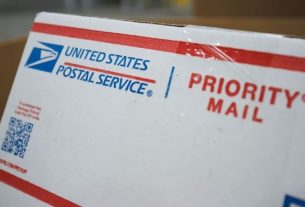 Get It In The Box, Your Mail Is About To Get Way More Expensive!

1 thought on “Governor Pervert Just Said Something Sickening About Impeachment!”