Skip to content
Home>Uncategorized>Chris Wallace Just Proved How Big Of A Hack He Really Is!

Chris Wallace’s left-leaning hacks not much different from those found on rivals MSNBC, CNN, etc. It’s a shame that he works for the right-leaning network Fox News.

His in-depth questioning of Republicans and his often puff-ball interviews with Democrats proves it every Sunday.

Well, as expected he did it again this past Sunday with Sen. John Cornyn, R-Texas.

Appearing with Sen. Chris Coons, D-Del., Cornyn and his leftist colleague fielded questions about a potential deal on infrastructure with the Biden regime.

But in the end, Wallace had to be Wallace.

“I want to end on this subject,” Wallace told Cornyn. “I want to put up a tweet that you sent out this week. Here it is.”

The president is not doing cable news interviews. Tweets from his account are limited and, when they come, unimaginably conventional. The public comments are largely scripted. Biden has opted for fewer sit-down interviews with mainstream outlets and reporters.

Invites the question, is he really in charge?

The president is not doing cable news interviews. Tweets from his account are limited and, when they come, unimaginably conventional. The public comments are largely scripted. Biden has opted for fewer sit down interviews with mainstream outlets and reporters.

What’s up with that, Wallace wanted to know. Was that some sort of cheap political crack about Biden’s [very obvious lack of] mental capacity?

“My question, I guess, is — is that helpful to be sending out a tweet questioning the — President Biden’s mental faculties?” Wallace the Hack asked.

“Well, Chris, thank you for the question,” Cornyn began, “because I think there’s been a lot of confusion in the Twitterverse about that. That actually was a quote from a “Politico” story that I pasted into a tweet and then I simply asked a question.

“What I’m trying to do is reconcile the Joe Biden we heard from on January the 20th, the Joe Biden that many of us know of his previous service in the — in the United States Senate, from the Joe Biden we’re seeing now jamming through $1.9 trillion of spending bills. You know, I’ve learned in Washington, you not only need to listen to what people say, you need to watch what they do. And so far there’s a conflict that I’m trying to reconcile, and I bet I’m not the only one,” Cornyn continued.

Wallace followed up: “But, just real quickly, do you have questions as to whether Joe Biden is really in charge and whether, frankly, he’s up to the job?”

Cornyn became defensive, saying: “I’m — that — that tweet was not meant to suggest anything about the president’s competency, or physical or mental. I know some people have suggested that. It certainly wasn’t my intention. It’s simply trying to reconcile the rhetoric with reality. And we need the reality to match the rhetoric. And it’s not be — it’s not matching right now.”

“I’m glad we cleared that up,” Wallace said, ending the interview.

Point being is that in the mind of Wallace and the rest of the hack journalists in D.C., it’s perfectly found to have wondered openly and brazenly, on a near-daily basis, if President Donald Trump was in charge of his faculties, but you can’t question whether Biden is.

Though he clearly isn’t. 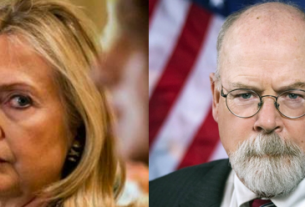 What Does The Sussman Indictment Really Mean For The Clintons! 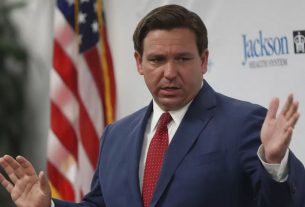 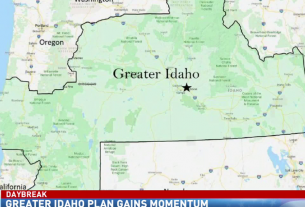