Skip to content
Home>Uncategorized>China’s Latest Military Surge PROVES We Are All In Grave Danger!

China is now establishing its first permanent military presence on the Atlantic Ocean in the tiny Central African country of Equatorial Guinea, according to U.S. officials.

The Asia Power Index considers a wide range of measures, including economic and military capability, economic relationships and defense networks, as well as diplomatic and cultural influence.

In 2021, the US remained the most powerful country in the Asia-Pacific region, with China coming in second place, after steadily growing influence on the Index in recent years.

“The pandemic has really affected most countries in terms of their ability to shape and respond to their external environment, but the United States has actually gained in its comprehensive power for the first time since 2018,” Hervé Lemahieu, the Lowy Institute’s director of research, told the ABC.

Alyssa Leng, a Lowy research fellow and economist who co-authored the Index, said “a significant portion of the upward shift in the US as a power has stemmed from the Biden administration taking over”.

“Starting from a low base from the Trump years, the US has come back quite strongly in its diplomatic influence in the region,” she said, pointing to Washington’s donation of 90 million vaccine doses to Asia — twice that donated by Beijing.

“China will never be as dominant as the United States once was, but we are really set for a sort of bi-polar century in the Indo-Pacific … more reliant on the whims of both the United States and China,” he said.

The details on China’s boosted defense spending come as classified American intelligence reports suggest China intends to establish its first permanent military presence on the Atlantic Ocean in the tiny Central African country of Equatorial Guinea, according to U.S. officials.

According to the Wall Street Journal reports:

China’s warships to rearm and refit opposite the U.S. East Coast and its busy shipping lanes. Chinese military spending elsewhere is now far ahead of regional rivals and all 10 members of ASEAN and still growing, leaping as recently as 2020, as Breitbart News reported.

The report added that China “remains far in front of basically everyone else in the region” in terms of overall power.

Nevertheless, it noted, Indonesia, like all its South-East Asian neighbors, lacks the military that might be required to confront China.

Japan is a “smart power” that wields significant diplomatic, economic and cultural influence with limited resources, the Lowy report said, however, its influence declined in 2021 due to a declining economy and aging population.

“But the Japan relationship must be re-imagined if it is to cope with major challenges that both countries [face] both at home and abroad if it is to survive and thrive in the 21st century,” Dr. Armstrong said. 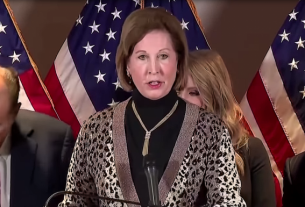 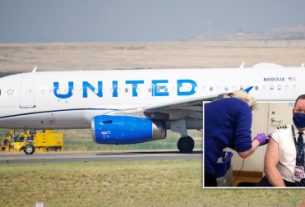 What United Airlines Are About To Require Of Their Employees Is Sickening! 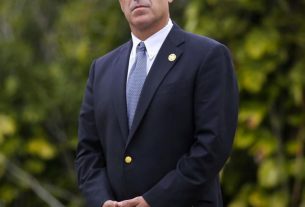