A star of the hit Netflix series “Tiger King” is recovering from a recent stroke.

Jeff Lowe, 53 — a former business partner of flamboyant zoo owner Joe Exotic — found unresponsive by his wife, in their room at an Oklahoma casino at at 3 a.m. Lowe was rushed to a hospital in Denton, TX on March 18 after EMTs determined he suffered a stroke, the couple tells.

“I thought he was dying in my arms,” his wife, Lauren, told the entertainment news site.

Lowe have run a battery of tests and haven’t been able to determine what caused the stroke. The couple suspects he was poisoned in his drink that put his life in peril, although blood and urine tests came back negative for common drugs. 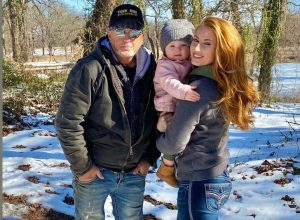 “Somebody came up to us and confronted her with the knowledge of what she typically drinks, which is a really odd drink. So this guy claimed to know us, and we didn’t recognize him at all,” Lowe said.

Hours before frightening incident, they say a mystery man approached them on their dinner date in the city of Thackerville “claiming he knew them and even knew their favorite drink orders.

“So we thought nothing of it until the next day, you know, but he knew exactly what she drank and what I drank,” he continued.

Lauren says they suspect that’s when this mystery guy spiked Jeff’s drink with something that might have caused the stroke. She said they started connecting the dots on what happened that night, and have not reported it to cops yet.

The good news is Jeff’s now back at home recovering — after spending 3 days in the hospital — but Lauren says he’s still having difficulties with speech and coordination.

Lowe’s wife said she credits the first responders who assisted and airlifted him to the hospital for making sure he survived. 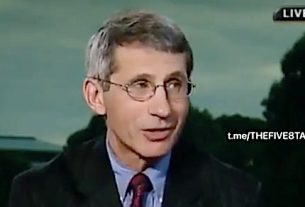 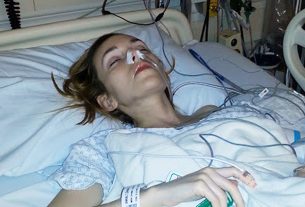 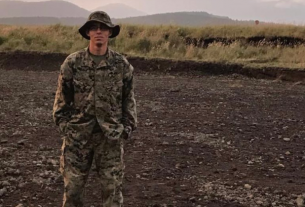