About expressing opinions, Patrick Reed, a LIV golf star and the 2018 Masters champion, has never been afraid. Especially when it comes to issues on the golf course, the 32-year-old Reed has developed somewhat of a reputation for being an opinionated and confrontational personality.

Reed has no problem bringing that fire off the links, which is unfortunate for CNN and sports analyst Bob Costas. Reed and his legal team allegedly threatened CNN and Costas for “the damage which they have caused,” according to a number of publications, including Golf Monthly and Mediaite.

The claim made by Reed and his legal team, Klayman’s Law Group, is that Costas and Jake Tapper of CNN took part in a “very defamatory” episode of “The Lead with Jake Tapper” that criticized LIV Golf, the Saudi-sponsored golf league that many see as an existential threat to the PGA. 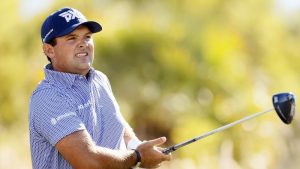 The court brief keeps arguing that CNN and Costas were inappropriate in its presentation of the facts.

“This widely viewed broadcast in Florida, the nation and internationally, was not only defamatory but also designed to incite ridicule, hatred and violence against LIV Golf players, such as my client Patrick Reed, a world champion professional golfer, by publishing that he takes ‘blood money’ from the Saudi Public Investment Fund, in the wake of the 9/11 tragedy twenty-two (22) years ago.

“The article also, at a minimum, falsely implies that he using a lawsuit, of which he is not even a party, to dig up data, track down, intimidate and harass 9/11 victim families. The broadcast republishes with reckless disregard for the truth, a prior Bloomberg article, and references the Bloomberg article in the broadcast.

“Mr. Reed is not a taker of ‘blood money,’ as he simply plays on a golf tour financed by the Saudi Public Investment Fund, which also owns large shares in a myriad of American companies such as Disney, Boeing, J.P. Morgan Chase, Amazon, Blackrock Inc., Microsoft and many others. Indeed, many sponsors of the PGA Tour benefit from this investment fund, and PGA Tour players have recently been granted releases by the PGA Tour to play in the Saudi International Golf Tournament in Jeddah, on February 2-5, 2023, also financed by the Saudi Public Investment Fund. Aramco, the oil company owned by the government of Saudi Arabia, also sponsors and finances a number of LPGA events. Are you accusing female professional golfers of also taking ‘blood money?’

“Tapper, Costas and CNN are therefore on notice that if an on air public apology is not immediately made to Mr. Reed and the broadcast removed and retracted from CNN’s websites, streaming services and other forms of publication, in order to mitigate the damage which they have caused, as well as discipline meted out to Tapper and Costas, we reserve the right after five (5) days to sue Tapper, Costas and CNN pursuant to Florida Statute 770.01 for damages well in excess of $450,000,000 dollars which includes compensatory, actual, special and punitive damages.”

Reed and his team, for example, are demanding an on-air public apology and a complete retraction of the segment, or they will be forced to sue CNN. It appears unlikely that CNN will submit to Reed’s demands given the following answer the company provided to Golf Monthly in response to the aforementioned lawsuit: “This is a frivolous lawsuit, whose aim is to chill free speech and intimidate journalists from covering important stories about the Saudi government and the Saudi-backed LIV golf tournament.”

A CNN spokesperson said, per Golf Monthly, “CNN will aggressively defend its reporting, which did not even mention the plaintiff in its coverage.”

Given its ongoing woeful ratings and hemorrhaging of talent, a near-half billion dollar lawsuit is the absolute last thing the network needs, despite its tough talk.

Warning to all camera crews: Do NOT jingle change in your pocket when Patrick Reed is trying to hit. Watch: https://t.co/VLXmkC3kcD pic.twitter.com/qTj0ZaDKvl 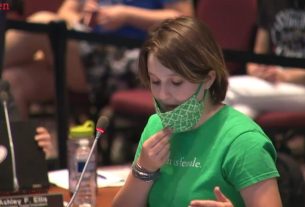 What This Teen Said About Her School’s Woke Policies Is Absolutely Perfect! 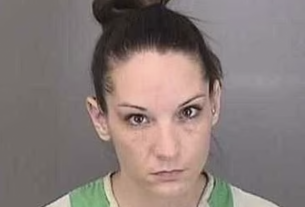 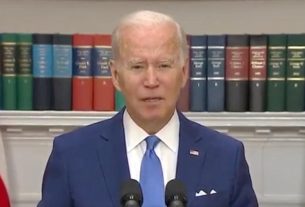