Skip to content
Home>Uncategorized>WOW! They Just PROVED COVID Came From A Lab!

The top Republican on the House Foreign Affairs Committee said in a report Monday that the coronavirus that causes COVID-19 leaked from China’s Wuhan Institute of Virology in August or early September 2019 and those Chinese officials took part in “the greatest cover-up of all time.”

The members of the House of Representatives released details of an inquiry into the origins of coronavirus yesterday, concluding that it escaped from the Wuhan Institute of Virology at some point before September 12, 2019. The report claimed they had found that “a preponderance of the evidence proves that all roads lead to the Wuhan lab”.

“It is our belief the virus leaked sometime in late August or early September 2019,” Michael McCaul, the top Republican on the House foreign affairs who released the report.

McCaul said, “When they realized what happened, Chinese Communist Party officials and scientists at the WIV began frantically covering up the leak, including taking their virus database offline in the middle of the night and requesting more than $1 million for additional security.”

The report also accuses Peter Daszak of the New York-based EcoHealth Alliance, as well as the Wuhan lab’s “bat woman” lead scientist Shi Zhengli, of lying about the origins and dismissing the lab-leak theory as a crackpot conspiracy.

McCaul said, Daszak should be subpoenaed to appear before the House Foreign Affairs Committee to “answer the many questions his inconsistent – and in some instances outright and knowingly inaccurate – statements have raised.”

The authors also noted that several athletes at the Military World Games in Wuhan fell ill with COVID-like symptoms in October 2019, hospitalizations in the region surrounding the lab ticked up the same month, and a People’s Liberation Army bioweapons expert was appointed to head the biosafety level 4 (BSL-4) lab as early as 2019.

McCaul said, “As we continue to investigate the origins of the COVID-19 pandemic, I believe it’s time to completely dismiss the wet market as the source of the outbreak, Instead, as this report lays out, a preponderance of the evidence proves that all roads lead to the WIV.”

Despite the unacceptable conditions at the lab and the research being banned by the US, the controversial practice was being funded by Dr. Fauci and the National Institute of Health using US taxpayer dollars – Which Fauci was just busted for lying about on capitol hill by Senator Rand Paul.

The report also found evidence that the virus jumped to humans much earlier than originally thought. It is now believed that the first lab workers were infected in late August or early September 2019, and spread the virus to central Wuhan. This is the earliest outbreak date given so far. Previously, the virus was thought to have originated sometime in November 2019.

The committee’s findings have confirmed the obvious: that Fauci and the other corrupt public health officials have been lying for over a year to downplay communist chinas role in unleashing this pandemic on the rest of the world.

Fauci deserves to be more than fired, this megalomaniac and the rest of these sellouts should in jail already. 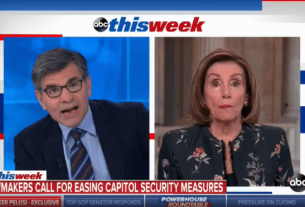 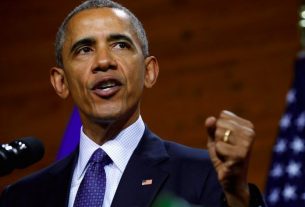