Skip to content
Home>Uncategorized>WOW! The View Is Moving In A Completely Insane Direction!

The cat ladies hissing would intensify 10-fold as this would be a total and complete game-changer for them.

The cat ladies could be in some very serious trouble soon, and by “trouble” I mean, getting hammered, overpowered, and outsmarted on a daily basis by a new cohost, because right now there’s a shakeup happening at “The View.”

“It’s chaos behind the scenes at The View,  Joy Behar is openly moaning about Meghan leaving as it’s finally hit her that sometimes it is better the devil you know.” An ABC insider tells DailyMail.com

They added that “Joy has only just realized that they could be getting someone much further right on the political spectrum than Meghan who won’t put up with her crap.”

According to the DailyMail reports:

Meghan McCain is about to be replace by The View and leaving Joy Behar the veteran co-host, complaining that the new addition could be even tougher than her on-screen enemy, The View wanted  a ‘Trump Republican’ to replace like Kimberly Guilfoyle or Candace Owens, but they’re scrambling to find one.

The View would get a lot more attention if they actually had on a current/real “Republican” who represented the actual biggest faction of the party: MAGA, and actually, this would be a smart move for them.

But I don’t think the powers-that-be at ABC will want to risk giving a voice to the “Trump movement” on national TV. 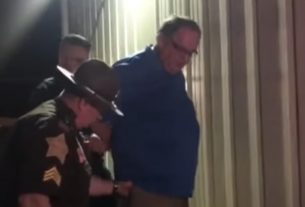 1 thought on “WOW! The View Is Moving In A Completely Insane Direction!”