President Joe Biden abruptly cut off reporters asking about last night’s troop withdrawal from Afghanistan’s Bagram Air Force Base, telling a press conference that he would answer only “legitimate questions” and that he preferred “happy” subjects, like the Fourth of July.

“I want to talk about happy things, man,” he told reporters who asked him about the American troops who left Bagram Airbase after almost two decades of war.

Biden had come out to brag about Friday’s strong jobs report when he was asked about the exit of American troops in the middle of a Taliban resurgence that has sparked fears Afghanistan could descend into civil war. The Taliban claims to have recently captured more than 100 of the over 400 districts across Afghanistan.

Quickly regrouping, Biden finished, “We’re on track exactly as to where we expected to be. There will be some forces left. But it’s a rational drawdown with our allies.”

He then demanded to answer questions on “happy” subjects.

“I’m not going to answer anymore on Afghanistan. It’s Fourth of July,” Biden said. “I’m concerned that you guys are asking me questions that I’ll answer next week. It’s the holiday weekend. I’m going to celebrate it.”

The airbase, which is located 30 miles north of Kabul, Afghanistan, has now been handed over to the Afghan National Security and Defense Force in its entirety. The American troops left quietly, with little fanfare and no public ceremony.

White House press secretary Jen Psaki later accused reporters of reading too much into the president’s snappy responses, arguing he wanted to focus on the upcoming Independence Day celebrations.

“I think what he was trying to convey to all of you is that he is heading into July 4 weekend, a weekend for family, we can celebrate America, and he was ready to be done answering questions. It wasn’t it wasn’t related to Afghanistan,” she said at her White House press briefing.

And she grew defensive when pressed on the issue.

“People are a little over reading into his response to a series of q&a, leading into a holiday weekend when he had already answered three questions on that and he just said, this is the fourth question. And he then went on and answered a couple of additional questions. The President could not be more proud of the men and women serving, who have served over the last 20 years and he is going to use every opportunity again to thank them for their service,” she noted.

Biden did address the US drawdown of troops in Afghanistan, which is expected to be completed by the end of August.

But as reporters pressed him on the topic, asking the third question on it, he grew visibly annoyed and said he wouldn’t answer any more questions on Afghanistan.

Biden closed the conference by suggesting that he will have a dedicated press conference on the Afghan drawdown next week.

Trying to find a “legitimate question,” a reporter asked Biden about progress in passing a massive infrastructure package.”

“Come on guys,” Biden replied. “I love you guys but it’s a process.” 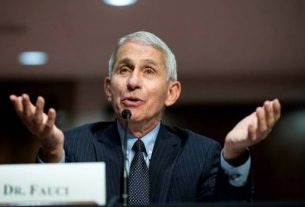 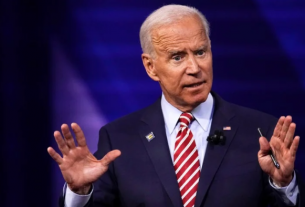 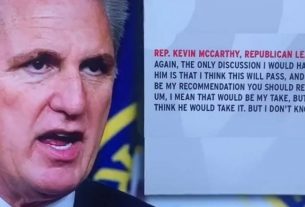 ANOTHER Secret Recording Of Kevin McCarthy Has Surfaced, And Boy Is He…