Skip to content
Home>Uncategorized>The Number Of Illegals Biden Is Randomly Dumping Is Insane!

To answer the border crisis, the Biden administration is speeding up the placement of young illegal immigrants in cities around the nation with little or no notice to local officials, a “reckless” result of the president’s bid to erase the border legacy of former President Donald Trump, according to a leading GOP critic.

According to Indiana Sen. Todd Young, there has been a 45% surge in children that entered the United States unaccompanied by an adult being sent to the Hoosier State as he told Secrets. In one case, 19 were sent to Iowa and then put on a bus to other cities, including Fort Wayne, Indiana, to meet up with guardians.

Iowa Gov. Kim Reynolds and Tennessee Gov. Bill Lee have asked Congress to investigate the moves. “These experiences sow seeds of mistrust in our communities, and work to intentionally subvert the will of the people for a secure border and a clear, lawful immigration process,” they said in a letter to a Senate committee.

Young, who has a unique perspective on the crisis after having served on the border as a U.S. Marine Corps intelligence officer during the Clinton-era immigration crisis, said that the dumping of illegal immigrants in U.S. cities is a demonstration that President Joe Biden doesn’t care about the issue and the problems it brings.

“The administration’s only giving lip service to our border crisis. They think that simply asking migrants not to illegally enter our country it’s sufficient when it’s not, and the continued crippling influx at the border proves it’s not,” said the senator, who is running for reelection in 2022.

And further proof, he said, is the refusal of Vice President Kamala Harris, Biden’s designated border czar, to see the crisis firsthand.

The Biden-Harris border crisis is on track to have the most illegal crossings in 15 years with crossings exploding by 674% in just the past year! https://t.co/X3st8zvfIA

“She should visit the border,” said Young, who recently toured a part of the border in Arizona, where he flew surveillance drones during the late 1990s.

Like other Republicans, he said that he was shocked when Harris brushed aside NBC anchor Lester Holt’s question about visiting the border by answering that she hadn’t visited Europe either.

“It blows my mind,” he said of Harris’s answer. “This is all demonstrative of the administration’s head-in-the-sand response to our border crisis,” he added.

While the number of immigrants crossing the border in the late 1990s was higher than today, Young’s tour showed him that the crisis is worse, especially since there are so many more children involved.

“The cartels traffic individuals, first by plane, and then, they load young children and others into these vehicles and drive them to these designated drop-off points. It was like observing clown cars drive up to one of these designated drop-off points and unload. You had the coyotes, members of the cartel, in front, and behind them were illegals, many of which, perhaps, most of which were children. And it was brazen,” he said of his tour.

Young is a member of the Senate Foreign Relations Committee and focuses on counterterrorism, and he said that the open border is attracting terror suspects.

“There have been several suspected terrorists that have transited into our country through our porous southern border, and that is something that I have been briefed on in the classified setting and encourage the administration to remain vigilant on,” he said.

Young said that Biden’s immigration policy appears to be driven more by the president’s hatred of Trump than any thought-out plan and the nation is paying for it.

“We know the administration viscerally dislikes the Trump administration’s approach to this on every front. And that led them to recklessly repeal President Trump’s important and effective border policies. And now, all of America’s paying the price, and I will say this is being felt across the heartland as well,” said Young.

However, nothing is still being done about the real problem at the border. 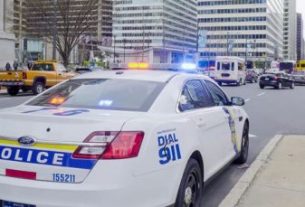 Liberal Philadelphia Government Has Handcuffed The Police From Doing their Job! 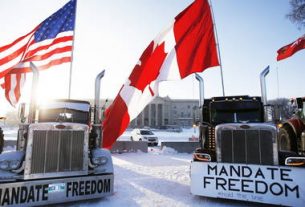 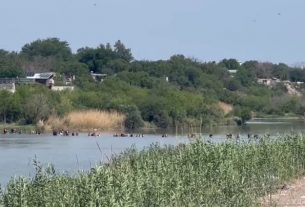 Pack Of 150 ILLEGALS Caught Swimming Across The Rio Grande! [VIDEO]