Skip to content
Home>Uncategorized>Sleepy Joe BOWLED OVER By MAJOR Accusation!

The Republicans and Conservatives claim that social media platforms like Facebook and Twitter are dominated by the agendas of the left-wing, and the right-wing viewpoints have been silenced.

They have been calling out Big Tech for years now. And the argument intensified during the pandemic, where it reached the point that the rights of many citizens as they claimed were being violated on a daily basis.

After all, it’s a well-organized master plan of the Biden administration, they’re behind all this Social Media drama and chaos. And one Senator is fed up with all this fueled violation happening in our beloved country.

“What the Biden White House is doing—namely, ordering big tech companies to ban Americans that do not regurgitate government-approved messaging—is what authoritarian regimes do, The American people deserve to know the extent of the White House’s coordination with big tech. President Biden should waive executive privilege and release the emails,” according to Senator Blackburn.

Recently, President Joe Biden kicked off a firestorm of backlash across the country by calling on all the social media platforms to flag and he even wants to remove posts that might contain vaccine “misinformation,” and it was viewed as Big Brother overstepping its authority, and jumping into bed with Big Tech to monitor our free speech by many concerned citizens.

According to Sen. Marsha Blackburn (R-TN)’s letter slamming President Biden’s administration in collaboration with Facebook to get rid of the platform of vaccine “misinformation” and suggesting the work could violate the First Amendment.

These revelations are deeply concerning. The blatant actions by your administration to work with big tech companies to censor Americans’ free speech are shocking – and arguably a violation of the First Amendment. Communist countries such as Cuba are currently taking away their citizens’ right to use the internet to communicate; the U.S. government should be standing up to, not looking to mirror, authoritarian regimes such as these.

Additionally, I request a briefing on this issue by August 2, 2021. I appreciate your attention to this urgent matter. 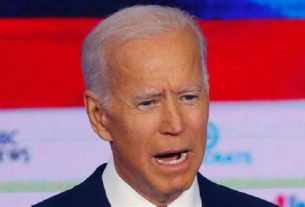 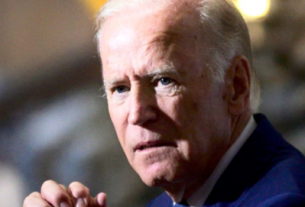 What Chris Wallace Just Said About Biden Will Send Joe To The Basement!