Skip to content
Home>Uncategorized>Shocking Behind The Scenes Footage Proves Biden Needs To Be Pulled Now!

Those who pay attention to politics are aware that Biden is in deep decline.

He’s gone from making a blunder every week or so, to making them every day – sometimes multiple ones, and they’re so much worse now, as well.

Joe is now humiliating the US by making a string of foreign policy blunders and he is now having a hard time remembering the titles of our allies.

He is also finding it more and more difficult to string a sentence together, and lately, he’s been looking like he’s “chewing” on his dentures.

In this clip below, globalist Biden is discussing his “Blue Collar Blueprint” for America – this is the man who has spent his political career killing the middle-class.

Biden is chewing on his dentures pic.twitter.com/F53WB4DrX0

And his latest trip to get ice cream was also a disaster.

Most of us saw the clips of our idiotic propaganda press shouting out “WHAT FLAVOR DID YOU ORDER?” at Joe, as he licked his ice cream cone.

But what many didn’t see was this footage, of a very confused-looking and sounding Joe Biden, who didn’t know what was going on with his ice cream cone.

Biden had no clue that his people already ordered the ice cream and paid for it.

“Just walk up to the window Joe.” pic.twitter.com/f5z2oebF8W

This constant embarrassment by a man who should be in a nursing home, not the White House, is just getting to be too much.

The irony in all of this is that Biden’s handlers probably practiced the “ice cream stop” for 3 weeks, and the poor old fool still blew it.

This just looks sad, and it’s so terrible for America to have a so-called “leader” who looks and acts like a helpless man-child.

We’re mocked and laughed at by foreign leaders and we come off as “weak” because a doddering senile old man is supposedly “running the show.” 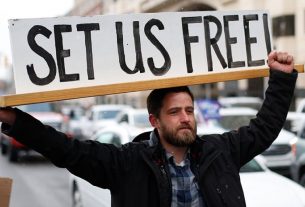 They Just Declared ANOTHER Lockdown Is On The Way… 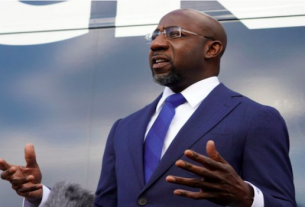 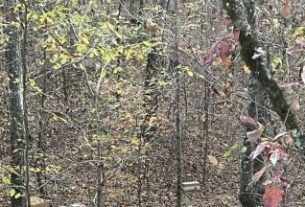 He Took A Walk Down To The Ravine, What He Saw At The Bottom Is Heartbreaking!