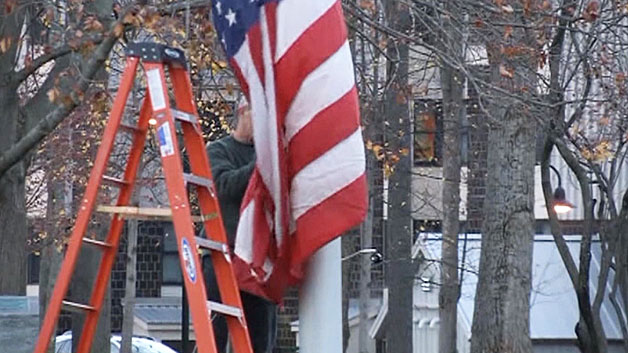 A group has launched a WhiteHouse.gov petition asking the president and U.S. Congress to suspend federal funding for Hampshire College until the school returns the U.S. flag to the campus flagpole.

The college has drawn fire in recent weeks — and was the site of a large protest Sunday — following a decision not to fly the U.S. flag or any other flags from the pole.

The petition, which as of Monday had 372 of the 100,000 signatures needed by Dec. 25 to get a response from the White House, asks federal officials to “work immediately to recind (sic) and freeze all federal funding from Hampshire Collge (sic).”

“They have chosen to step away from our country in a very bold and clear statement,” the petition reads. “As such they should not receive support from the country they no longer are choosing to support.”

The petition says the school “should not receive tax dollars in any form,” including research grants, student aid, and other forms of federal and state money.

According to the National Center for Education Statistics, Hampshire students received a total of $6.7 million in federal aid for the 2014-15 school year.

That federal aid accounted for about 14.6 percent of the school’s net $46 million in revenue from tuition, fees, room and board the college reported, according to a review of Hampshire’s financial report for the year.

The report listed the school’s total revenue from tuition, fees, room and board at $73.8 million, but the school awarded $27.7 million of its own student aid.

About 91 percent of Hampshire students receive financial aid, with 63 percent receiving aid from the college.

Including room and board, the cost of attending the Hampshire was $60,570 for the current academic year, according to the college’s website.

According to federal tax filings, the school received $690,386 in government grants in fiscal 2014, including $451,546 in grants from the National Science Foundation.

Five Hampshire students in the 2014-15 school year were receiving post-9/11 GI Benefits, according to the National Center for Education Statistics. They waved flags of all sizes, carried signs bearing slogans like “No flag = no taxpayer (money)” and sang “God Bless America” in a booming chorus.

The college stopped flying the flag Nov. 18 for a period of time so the college could “discuss and confront deeply held beliefs about what the flag represents to the members of our campus community,” according to a statement from college President Jonathan Lash.

“Our goal is to give voice to the range of viewpoints on campus across cultures and find common ground,” he stated.

Hundreds and hundreds of veterans and others protested the decision at the entrance to the campus Sunday. The event drew national media attention.

College officials, meanwhile, will continue discussions on campus about the flag this week, Courtmanche said in his email.

Courtmanche wrote that Lash spoke with veterans before the protest to explain the college was “is seeking to enable a discussion of values among all members of our campus, not make a political statement.”

“Our primary mission is education, and we see this conversation on campus as an important learning opportunity for all of us on campus,” Courtmanche wrote.

Lash also explained to the veterans that the “Hampshire College community includes a wide range of views including employees and students who have served or are currently serving in the US military.”

The college has been having discussions about the flag for about a year, but the focus returned following the election of Donald J. Trump as president. In the wake of the election, students lowered the flag to half-staff. Hampshire College flag decision continues to draw criticism from many, including Ben Carson

Even former Republican Presidential candidate Ben Carson is weighing on the Hampshire Flag controversy calling it “unconscionable” that the college is not flying the American flag.

The college allowed the flag to be flown at half-staff Nov. 10, but sometime overnight the flag was burned.

A flag is flying at the college’s facilities and police station complex on Bay Road. 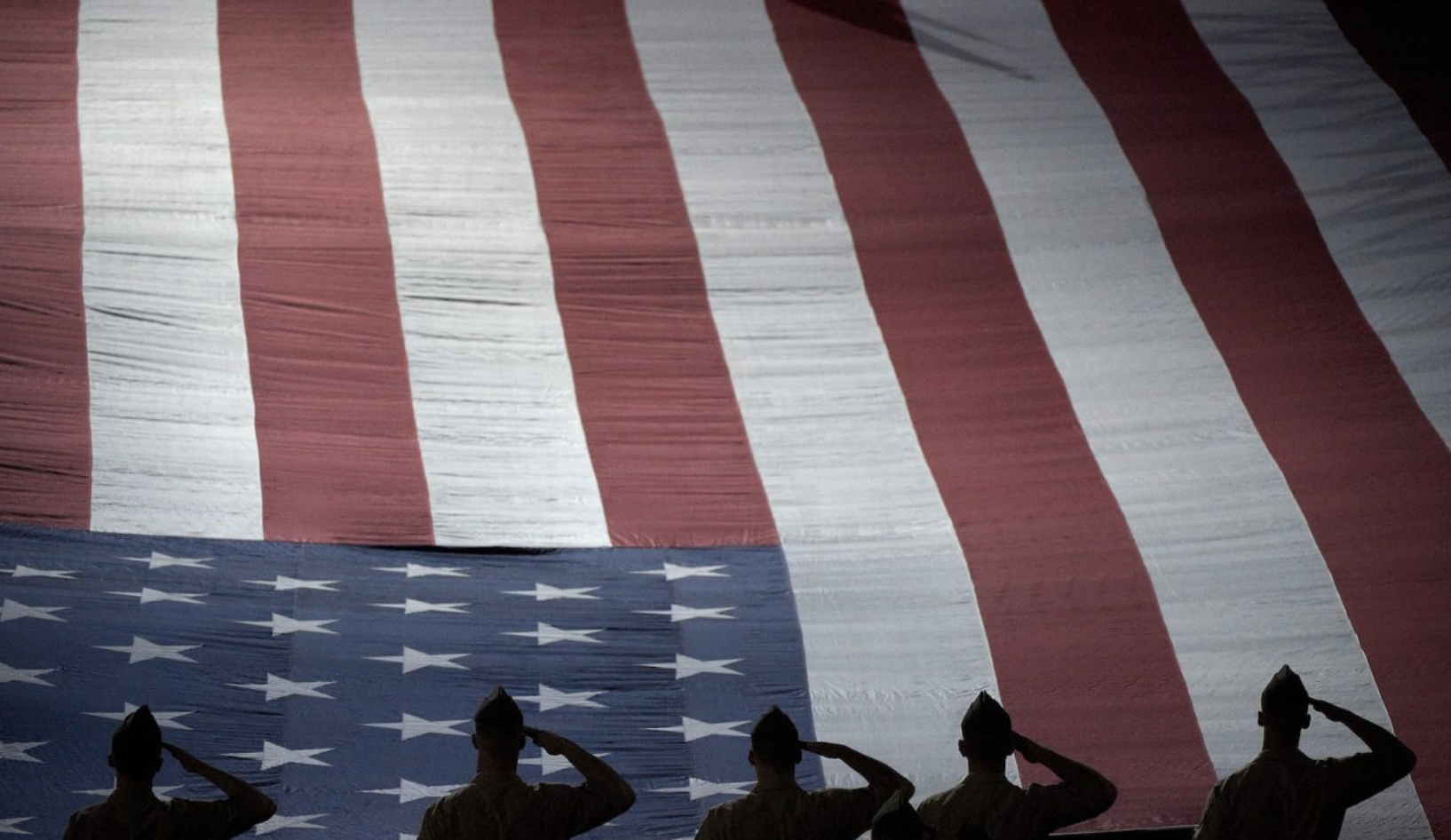