Lone Star State has passed a bill that would increase penalties for standard-issue traffic blocking. Meanwhile, if you obstruct an emergency vehicle, you could be in for a felony, According to Fox News.

Well if your idea of peaceful protest involves blocking traffic — particularly blocking emergency vehicles — you could be in for some serious criminal charges thanks to new legislation now awaiting a signature from the governor of Texas.

And given the charge would also carry mandatory jail time.

The measure passed Texas’ House of Representatives by a 90-55 vote several weeks ago, according to the Tribune; it passed the Senate 25-5 on Saturday.

GOP Gov. Greg Abbott, up for re-election next year, said he would sign it when it made it to his desk.

As stated on his Twitter account: “Legislation cracking down on protestors for blocking roads PASSES in the Senate,” Abbott tweeted Saturday.

After the death of George Floyd, a man who was killed by a police officer last year had caused so much on those “mostly peaceful protests”.

Written on the 2nd paragraph of the Tribune Story: “The bill is in response to last year’s nationwide protests against police brutality, which were sparked by the murder of George Floyd at the hands of former Minneapolis police officer Derek Chauvin. Massive protests erupted in major cities across the country, including in Texas, where demonstrators were arrested for allegedly damaging property or blocking roadways.”

“Floyd’s murder, coupled with last year’s protests against police brutality, sparked waves of legislative attempts to reform policing in America, but the events also sparked GOP-led legislation that aims to crack down on protesters who demonstrate on highways in several states. In Iowa and Oklahoma, Republican lawmakers passed bills that would grant immunity to drivers who strike and injure protesters on public streets.” Tribune added.

I’m glad we’ve all come to the unquestioned conclusion on the left that blocked roadways were an acceptable and efficacious form of protest in the wake of Floyd’s death — and that felony charges for blocking emergency vehicles are somehow problematic.

Mind you, the Texas Tribune doesn’t come out and say this directly — this is supposed to be a straight news story, after all — but the vast majority of the story is cluttered with context about last summer’s protests even a second-grader would know, along with the implicit assumption that phalanxes of protesters blocking traffic and violently clashing with motorists is just a sign that the times, they are a’ changin’. And then, of course, some tried to link this back to the civil rights protests of the 1960s:

Would you have arrested MLK for protesting in the street? pic.twitter.com/np1ZfzE74x

On the other hand, some things I don’t remember King and his acolytes — specifically dedicated to nonviolent protest

Black Lives Matter mob surrounded a vehicle during a protest in Denver. The driver panicked and drove through them. No one was seriously injured, but a bike one of the protesters was using to block him slightly damaged. pic.twitter.com/qyDxkDCQv2

Check out some tweets from other protests:

#BLM / #ANTIFA Protesters Shoot At A Car In Utah
If your in the areas where protests are taking place be very careful & wary of all involved!!!

Lastly, a “protester” shot at the car as it tried to move along the intersection. LA County Sheriffs tweeted: “To the protesters blocking the entrance & exit of the HOSPITAL EMERGENCY ROOM yelling “We hope they die” referring to 2 LA Sheriffs ambushed today in #Compton: DO NOT BLOCK EMERGENCY ENTRIES & EXITS TO THE HOSPITAL. People’s lives are at stake when ambulances can’t get through.

Moments ago, 2 of our Sheriff Deputies were shot in Compton and were transported to a local hospital. They are both still fighting for their lives, so please keep them in your thoughts and prayers. We will update this thread with information as it becomes available.

No one’s right to protest has been infringed upon in any meaningful way by taking away forms of mob activity that are dangerous for both motorists, protesters, and emergency personnel. 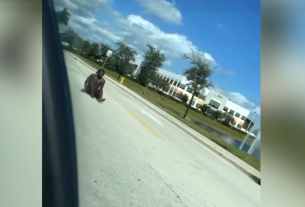 They Saw An NFL Star Walking Down The Street Stark Naked, Then It Got Weird… 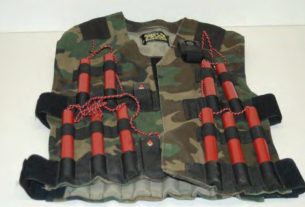 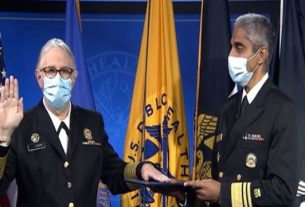 What Biden Just Allowed Is The Lowest Moment In American History!

1 thought on “One State Just Put The BREAKS On Protestors Blocking Traffic!”