Skip to content
Home>Uncategorized>New Footage Shows How Screwed We Are With Biden In Charge! [VIDEO]

There are some people that when they get older they stay as sharp as a tack. They are as good mentally at 85 as they were at 35. Those are the people that you want in charge if they are going to be in charge of anything at that age.

Then, you have someone like Joe Biden who at the age that he is at now, any other family would be talking about whether or not to take their driver’s license away, and not running the country.

The guy has so many flubs that it is hard to even make fun of them because they are just maddeningly sad.

You shouldn’t talk generalities when you’re talking numbers. Biden sounds like he’s trying to be more precise while being clear as mud. You can hear the Democrats now, “at least it’s a Democrat in office!”

They’ll muddle through, cover for him just as long as there’s a “D” after his name. You can cut off your nose to spite your face. We were successfully running the United States like a business. It made sense.

He doesn’t make sense so people are left wondering what he said. How do you run a country like that? You can’t. You have to ask others what’s going on.

He was pushed into this position. He was probably told people would be behind him. We had some idea how bad it would be.

We are so fucked. https://t.co/yyOEKttJa4

Biden probably understands what he means

But nobody else does. Unlike Obama, he doesn’t seem to have anybody running cover for him. With Obama it was, “That’s what he said, this is what he meant”. Curiously, his buddy Obama isn’t there now.

The Presidency was thought to be a public relations position for many years. You just needed to present good optics. After Trump we discover the more you run the United States like a business, the better!

Pelosi will likely use the 25th Amendment on him

His speech is more garbled than Obama’s. Kamala does speak much better than Biden. Age may very well have something to do with it. She has nearly 20 years on him. He’s 78, she is still in her ’50’s, born 1964. 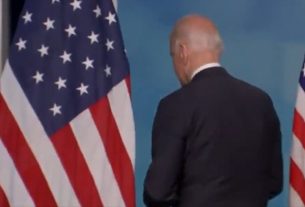 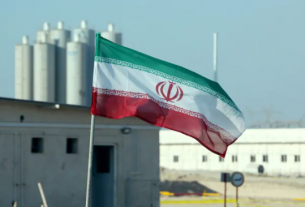 BREAKING: Iran Is About To Have Enough To Build The Bomb… 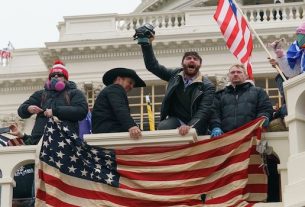 1 thought on “New Footage Shows How Screwed We Are With Biden In Charge! [VIDEO]”