Skip to content
Home>Uncategorized>Chuck Schumer Has Just Fallen Flat On His Face!

Even though most Americans oppose it, the Democrats have been hell-bent on turning America into a leftist sewer.

Dems, on the other hand, are unconcerned about this. To get what they want, they’ll simply cheat and change the rules.

And that’s exactly what they planned to achieve with the Senate Parliamentary vote, which Chuck Schumer promised would give his entire agenda the green light.

I’ve got some wonderful news for you…

That idea has now become a shambles.

Here’s what happened, according to the folks at Red State…

A parliamentarian verdict, which Schumer claimed greenlighted most of his program, gave the Democrats a new lease on life a few months ago. In an article about the infrastructure package at the time, I expressed my pessimism.

Chuck Schumer recently claimed that the Senate parliamentarian allowed him free reign; however, that decision has not been made public, and there is likely a reason for it.

So, it looks that my suspicion was justified. The parliamentarian effectively rips the heart out of the Democrat plan in what is billed as a “new ruling.”

Red State goes on to say that reconciliation is a highly specific process and that anything included in a reconciliation bill must deal with taxes and budgetary difficulties, according to the Byrd Rule. There are other stipulations on deficit offsets that must be considered. Regular legislative issues cannot be passed under the pretense of reconciliation.

As a result, this judgment effectively nullifies HR1, the ProAct, and much of the current “infrastructure” package. Of course, none of that legislation were expected to garner Manchin’s support anyhow, but now that reconciliation is off the table, Schumer is totally out of alternatives.

As it was stated last week, don’t rule out the possibility of some Republicans giving Democrats what they want nonetheless, particularly on the infrastructure plan. Now is not the time to make concessions. To oppose the radical agenda that Schumer and his friends are proposing, the GOP must buckle down and stand in the gap. What is the point of the Republican Party if it can’t achieve that?

Allow this absurdity to linger. Nancy Pelosi’s sobs are instructive. Apart from the federal takeover of the voting system, I’m not sure Schumer actually wants this to pass. That would imply accepting responsibility for the disastrous outcomes. It’s easier to offer junk, sit back and watch it die while virtue signaling.

This is a major setback for Democrats, and it will put an end to whatever ambitions they had of pushing through their communist program… Unless, of course, someone like Mitt Romney joins the Democrats, which isn’t such a far-fetched notion at this point. 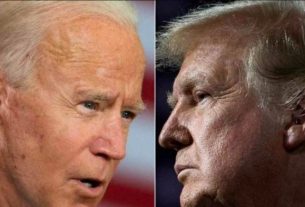 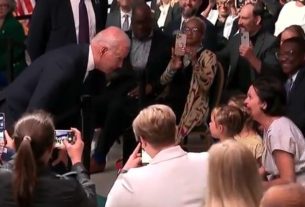 EWW! Creepy Joe Biden Just Made A Mad Dash For These Young Girls! 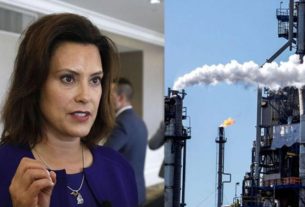