A residential high-rise under construction in the country’s commercial capital Lagos collapsed in Nigeria.

Witnesses said on Monday, 16 persons have been confirmed dead and nine others rescued alive and dozens are missing. Up to 100 people are feared trapped under a pile of concrete rubble.

The search for survivors continued Wednesday at the site of the building collapse in Ikoyi, an upper-class area of Lagos state.

The building was part of three towers being built by private developer Fourscore Homes.

In a brochure for potential clients, the company promises to offer “a stress-free lifestyle, complete with a hotel flair”.

The cheapest unit was selling for $1.2 million.

Calls to the numbers listed for Fourscore Homes and the main building contractor did not ring through.

Building collapses are frequent in Nigeria, Africa’s most populous country, where regulations are poorly enforced and construction materials often substandard.

The high-rise apartment building, located in an upscale neighborhood of Lagos, was known to have serious structural issues before the collapse.

In June the local government halted construction and sealed off the building in response to reports of severe problems in the structural integrity of the site.

The problem was evidently not solved but work on the high-rise continued regardless. The exact cause of the collapse yesterday is unknown.

Locals felt their buildings shake and heard a loud noise as the structure came down. An official rescue effort did not begin until hours after the collapse.

In the absence of an official response, hundreds of locals began to dig through the rubble by hand in an attempt to find any survivors. Nine have been found alive so far.

Locals and relatives of the victims have expressed their frustration with the inept government response, which is still underway.

The city is the most populous in Africa and it is growing very rapidly. It is believed that there are now something like 20 million inhabitants in the massive city.

Development and infrastructure have not kept up with this explosion in population. Demand for high-rise apartment buildings vastly exceeds the availability of suitable resources or architectural knowledge to construct them.

Combined with the fact that government regulations are routinely ignored and not enforced, this has left Lagos with a huge glut of flimsy structures ready to fall apart at any moment.

Ability and enthusiasm amongst rescue workers seem to be just as lacking as they are amongst those responsible for enforcing safety regulations. 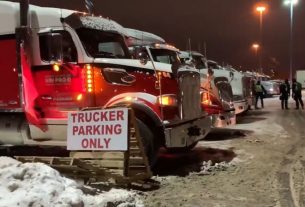 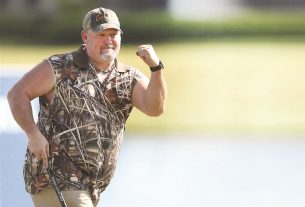 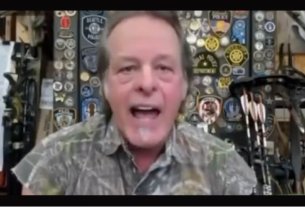 HA! Ted Nugent Just Sent A Message To Ignorant Liberals That They Will Definitely Understand!